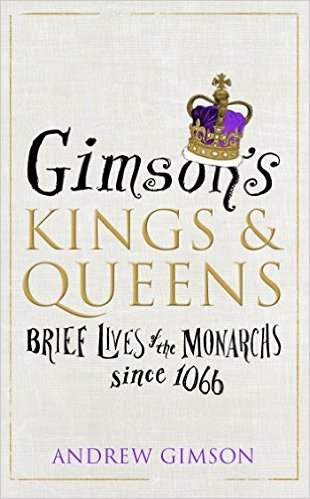 Written in Andrew Gimson’s inimitable style, and illustrated by Martin Rowson, Gimson’s Kings & Queens is both a primer and a refresher for anyone who can’t quite remember which were the good and bad Edwards or Henrys, or why so-and-so succeeded to the throne rather than his second cousin.

Published in August 2015, to coincide with the moment (in September) when Elizabeth II became the longest-serving English monarch ever,Gimson’s Kings & Queens will be the most entertaining and instructive book on the English monarchy you will ever read.