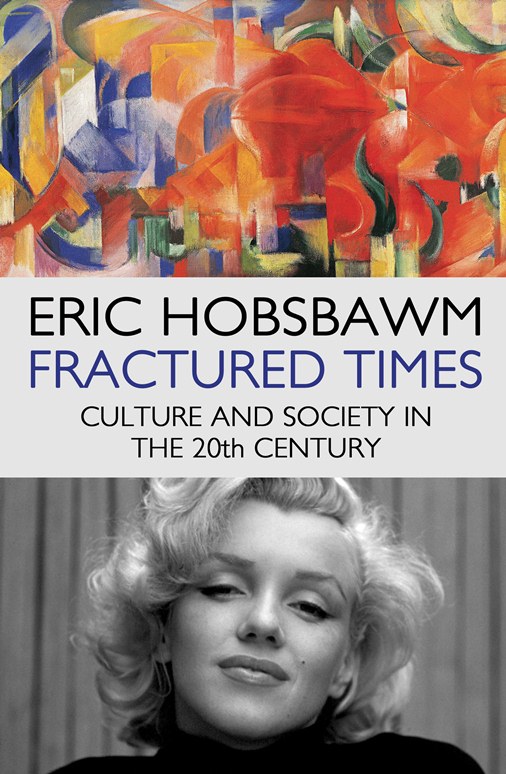 Born almost a hundred years ago in Vienna – the cultural heart of a bourgeois Mitteleuropa – Eric Hobsbawm, who was to become one of the most brilliant and original historians of our age, was uniquely placed to observe an era of titanic social and artistic change. As the century progressed the forces of Communism and Dadaism, Ibiza and cyberspace, would do battle with the bourgeois high culture fin-de-siecle Vienna represented – the opera, the Burgtheater, the museums of art and science, City Hall.

In Fractured Times Hobsbawm unpicks a century of cultural fragmentation and dissolution with characteristic verve and vigour. Hobsbawm examines the conditions that created the great cultural flowering of the belle époque and held the seeds of its disintegration, from paternalistic capitalism to globalisation and the arrival of a mass consumer society. Passionate but never sentimental, Hobsbawm ranges freely across his subject: he records the passing of the golden age of the ‘free intellectual’ and examines the lives of great, forgotten men; he analyses the relation between art and totalitarianism and dissects cultural phenomena as diverse as surrealism, women’s emancipation and the American cowboy myth. Written with consummate imagination and skill, Fractured Times is the last book from one of our greatest modern-day thinkers.