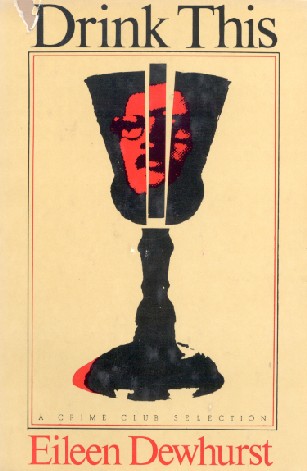 Following the disappearance of a big-time bank robber, Detective-Inspector Neil Carter of Scotland Yard is sent unofficially by his Chief to question the man’s lovely enigmatic wife in the idyllic village where she has retired to her father’s house.

Ostensibly a holiday-maker, dallying with the lady, and striking up a friendship with her perceptive 12-year-old brother, Neil soon decides he is on ‘a delightful wild goose chase’. But his cover is blown when he is forced to take action in the face of another and far more horrible crime.

Although he has no official role in its investigation, Neil has never felt so personally involved in a crime, finding himself strangely troubled at the possibility that a clergyman could be guilty of murder and sacrilege.

The inhabitants of the village are vividly alive through the eyes of Neil and young Tony, and in their reactions to the outrage in their midst. Neil’s part in the two investigations ends only on his final return to London, with the sharpest shock of his whole extraordinary ‘holiday’,