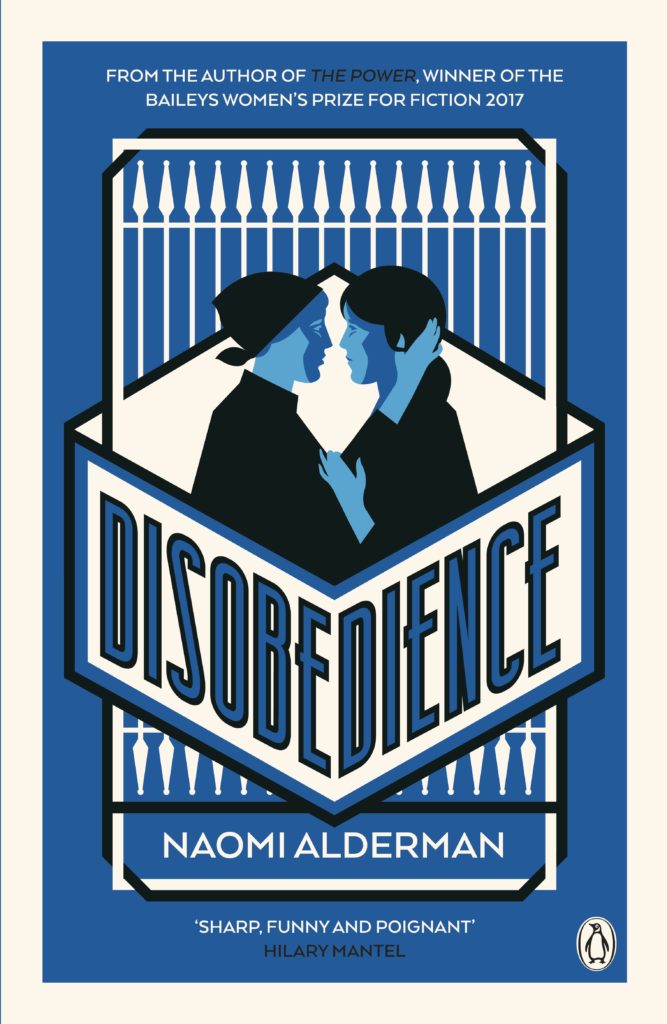 In suburban north-west London, where leafy avenues wind into the countryside beyond, the Orthodox Jewish community of Hendon quietly conducts its daily life. Hidden from the gaze of outsiders, the faithful live, work, love and pray, with little concern for the sprawling metropolis outside.

But then a beloved rabbi dies, and his passing brings his wayward daughter home. For the past ten years Ronit has been living the life of a modern New York woman; returning home, she’s looking forward to catching up with old friends, perhaps settling old scores. But it soon becomes clear that Hendon and Ronit don’t fit. Her home has become a more unsettling place than she had anticipated. And when she is reunited with her childhood girlfriend Esti, who has taken a very different path in life, it’s not long before the two women are forced to confront their pasts – and to examine the difficult choices they have made.

Disobedience is a brilliant, unputdownable novel that illuminates a culture that has existed in Britain for centuries, yet remains almost entirely hidden. With incredible insight and enduring wit, Naomi Alderman offers a contemporary take on the search for love, faith and understanding in a world filled with conflicting moral and sexual ideals.

`Fascinating . . . a meditation on faith, belonging and self-emancipation’ – Guardian

‘A bold and fiery debut, brimming with grace as well as attitude’ – Diana Evans, author of 26a

‘Depicts a traditional community adrift in the modern world with a masterful mix of the matter-of-fact and lyrical. It is fascinating to read of a hidden world such as that of the Orthodox Jews of Hendon, northwest London, described in such down-to-earth tones . . . Ronit is such an engaging and articulate heroine that the reader quickly becomes absorbed in her journey … A moving depiction of human sexuality and love in all its forms’ – the Scotsman

‘Accomplished … Like Monica Ali’s Brick Lane, Disobedience is a debut with anthropological appeal, offering a glimpse of a closeted and surprisingly English nook of British society. Alderman has a bold comic touch’ – the Observer

‘I am particularly delighted to see Disobedience there [on the longlist for the Orange Prize]. Naomi Alderman’s first novel is challenging and hugely enjoyable’ – Rodney Troubridge, Waterstones