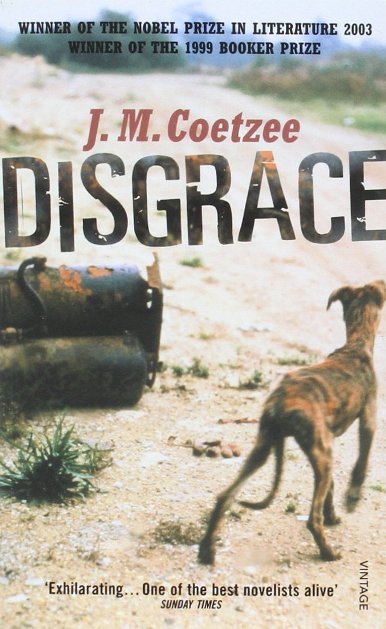 A divorced, middle-aged English professor finds himself increasingly unable to resist affairs with his female students. When discovered by the college authorities, he is expected to apologise and repent in an effort to save his job, but he refuses to become a scapegoat in what he see as as a show trial designed to reinforce a stringent political correctness. He preempts the authorities and leaves his job, and the city, to spend time with his grown-up lesbian daughter on her remote farm. Things between them are strained – there is much from the past they need to reconcile – and the situation becomes critical when they are the victims of a brutal and horrifying attack. In spectacularly powerful and lucid prose, Coetzee uses all his formidable skills to engage with a post-apartheid culture in unexpected and revealing ways. This examination into the sexual and poliitcal lawlines of modern South Africa as it tries desperately to start a fresh page in its history is chilling, uncompromising and unforgettable.