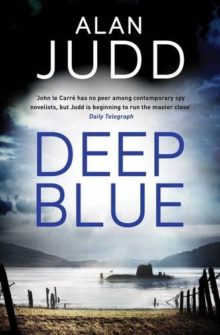 During a time of political disruption and rising anti-nuclear sentiment, MI5 discovers that an extremist fringe group, Action Against Austerity, appears to have links to an established political party while planning sabotage using something or someone called Deep Blue. Banned from investigating British political parties, the head of MI5 seeks advice from Charles Thoroughgood, his opposite number in MI6.

Agreeing to help unofficially with the case, Charles must delve deep into his own past, to an unresolved Cold War case linked to his private life. Using the past as key to the present, he soon finds himself in a race against time to prevent a plot which is politically nuclear …

Authoritative and packed with in-depth knowledge, Deep Blue is a gripping new spy thriller from a master of the genre.