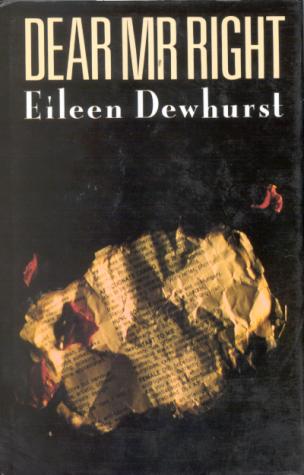 After the death of his adored wife Angela, James Marshall is the subject of endless matchmaking attempts by well-meaning friends. As the owner of a successful shop in the seaside town of Linton, James is well liked, with a fine reputation and an enviable income. He is, to put it bluntly, a good catch. After enduring countless dinner parties that wind up with James rebuffing the amorous attacks of predatory women, he’s ready to try a new tack. Desperate to recapture the calm companionship of his happy marriage, James decides to advertise for a wife in the newspaper. His neighbour, Harry Venables is amused by James’ uncharacteristic ploy, his housekeeper Mrs. Moxon approves, and his half-sister Hilda is horrified. Nevertheless, the responses start pouring in and James embarks, albeit uneasily, on his mail order romances. His first date is a disaster. With considerable trepidation he arranges the next date with a woman named Eve Harris, a highly-strung beauty. James’ second date is no disaster – it’s a nightmare. Eve’s strangled body is found stuffed into a rocky crevice on the beach, and James Marshall is the prime suspect. Between Eve’s murder and James’ arrest, another respondent to the ad, Sally Graham, falls hard for James, and he for her. So convinced is she of his innocence that she embarks on a mission to bring the real murderer to justice. Sally becomes the bait in a net for the murderer, and as she gets closer to the truth, the web tightens around her with silent deadliness.