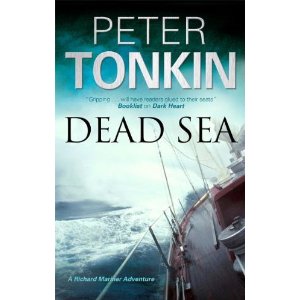 An ambitious ecological experiment plunges Richard and Robin Mariner in deadly waters . . . Heritage Mariner and Greenbaum International have financed an ecological experiment to prove how swiftly rubbish can foul the oceans by dropping and tracking a plastic bottle into a Tokyo river. Filled with lottery tickets for extra publicity – one of which could be worth $55 million – Robin Mariner and Nic Greenbaum’s only child, Libby, will race each other across the Pacific to see who can reach the bottle first, but when it is discovered that it contains the winning ticket the experiment suddenly becomes part of a much deadlier game . . .