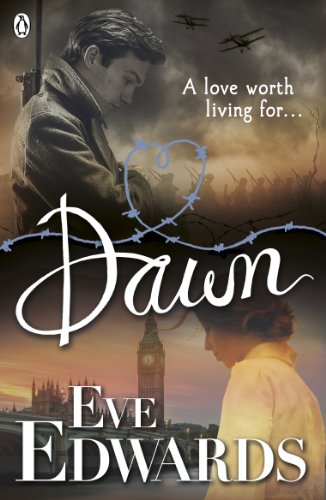 Dawn is the sequel to Dusk, the epic wartime romance by Eve Edwards

Sebastian reached in his pocket for the portrait of Helen he had drawn only last year. ‘I’m looking for a young lady who came through here late last night.’

In the midst of the First World War Helen Sanford, a young nurse, has disappeared. Sebastian Trewby is determined to find her so that he can protect her before his flight squadron calls him back for duty.

Helen knows that if Sebastian discovers her it could ruin him. Society wants to persecute her for her German heritage and she is threatened at every turn. Her only hope lies with those that love her, and the authorities are closing in…