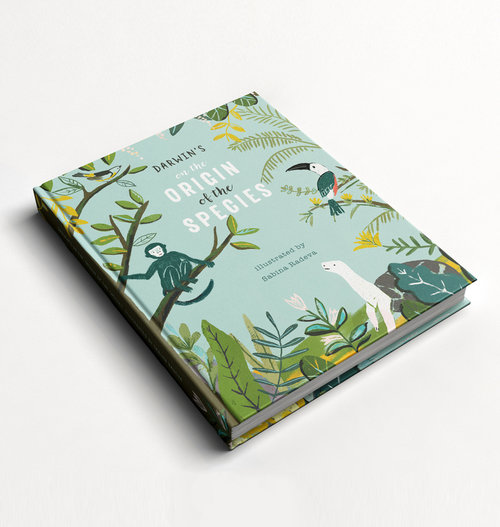 Darwin’s On the Origin of Species: A Picture Book Adaptation

In 1831, Darwin embarked on a five-year voyage around the world on the HMS Beagle. In 1859 he published On the Origin of Species, where he describes his findings. His book remains a sales success over time, despite having been published a hundred and fifty years ago. The natural biologist, illustrator and designer Sabina Radeva has combined science and art to create an illustrated book that conveys some of Darwin’s most complex discoveries in an understandable and appealing way for children.

Both minimalistic and beautifully decorated, Radeva’s adaptation is engaging and comprehensive.