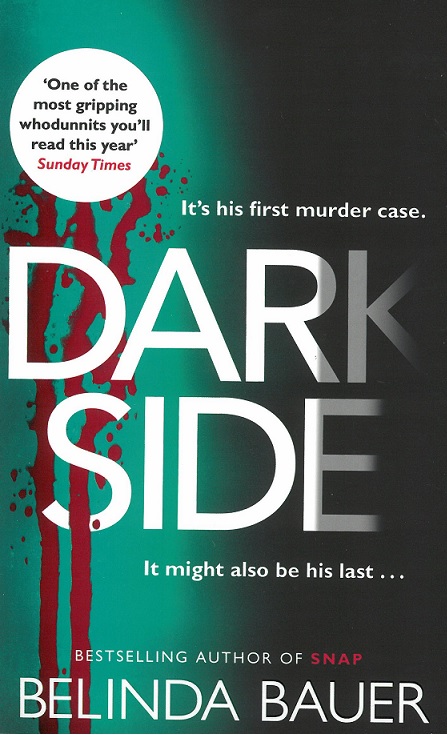 It is freezing mid-winter on Exmoor, and in a close-knit community where no stranger goes unnoticed, a local woman has been found murdered in her bed. This is local policeman Jonas Holly’s first murder investigation. But he is distracted by anonymous letters, accusing him of failing to do his job.

Taunted by the killer and sidelined by his abrasive senior detective, Jonas has no choice but to strike out alone on a terrifying hunt . . . but who is hunting who? 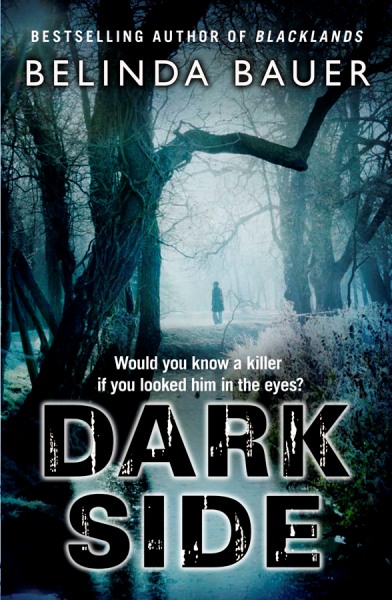 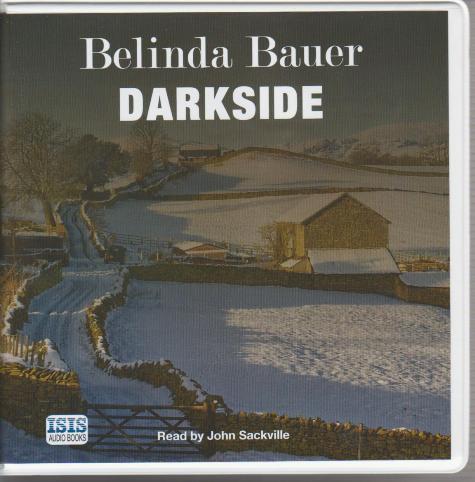 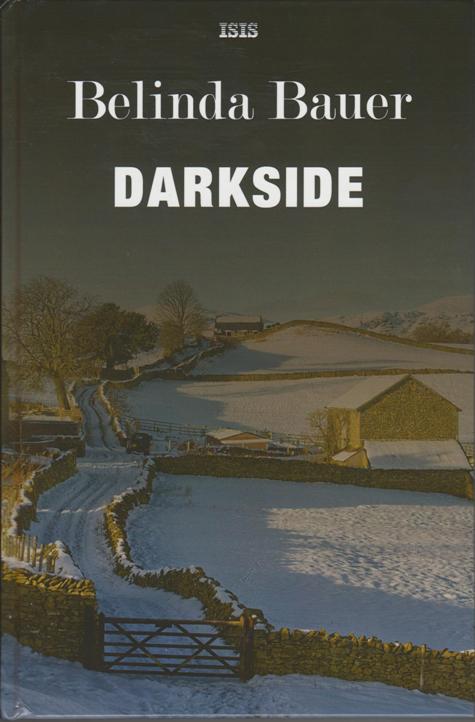 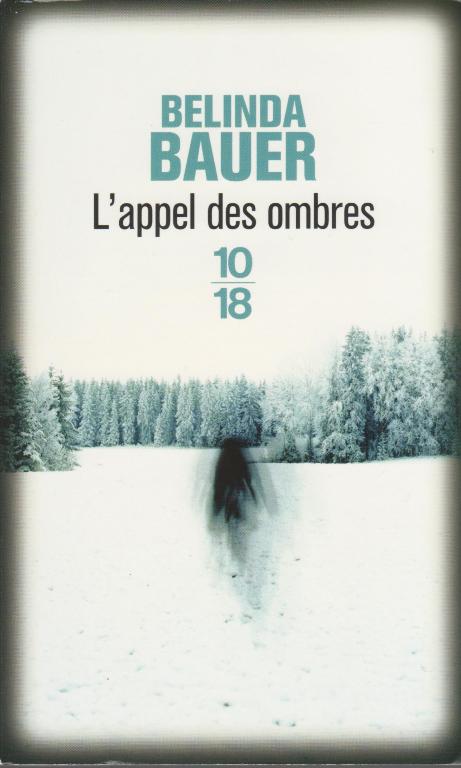 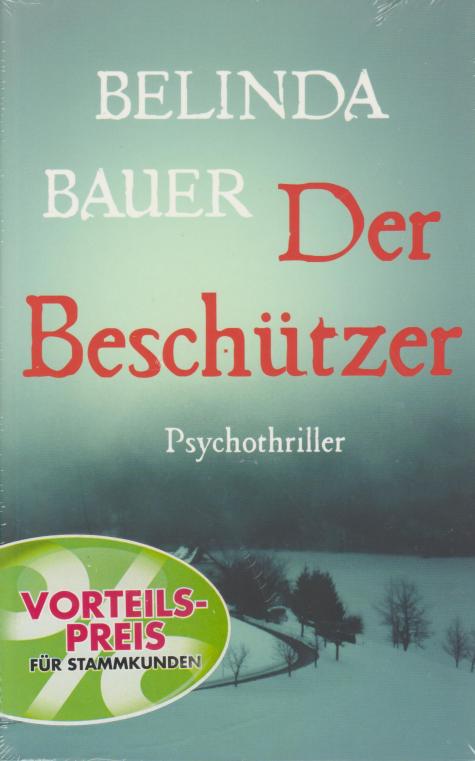 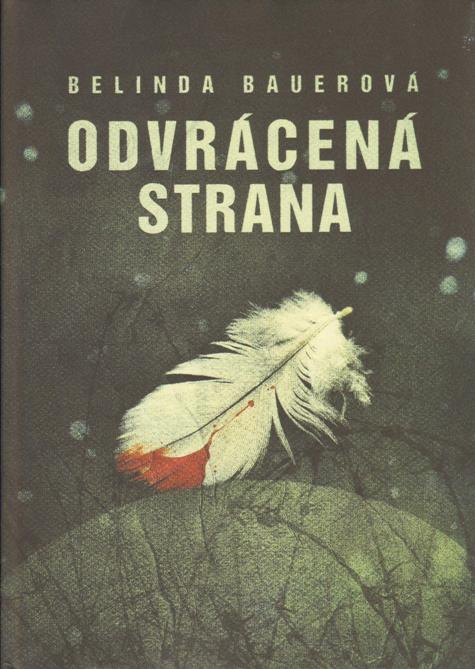 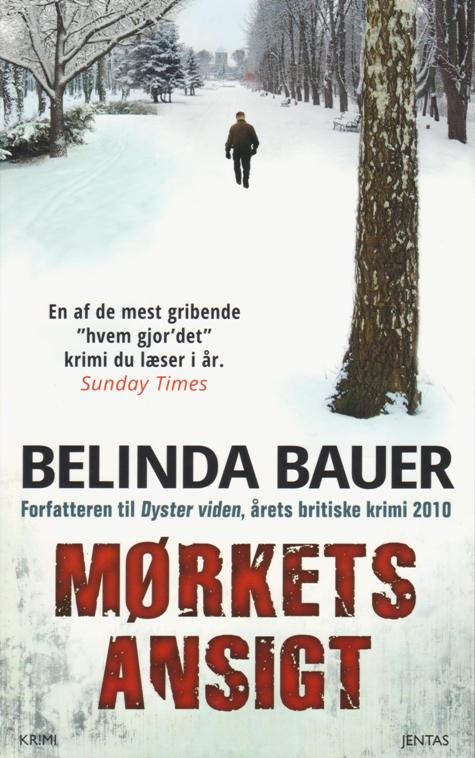 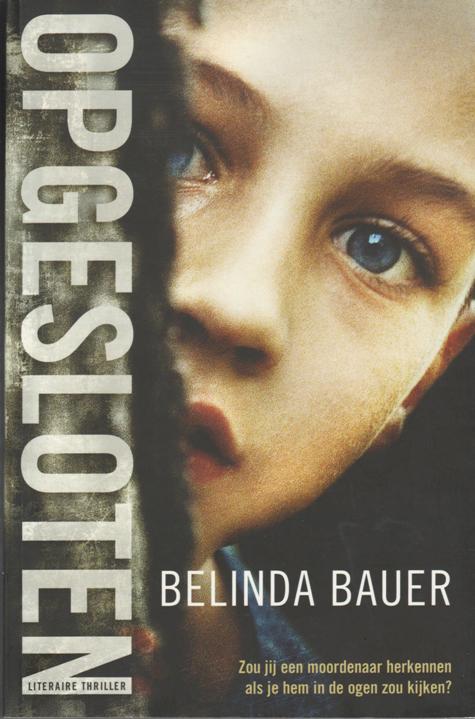 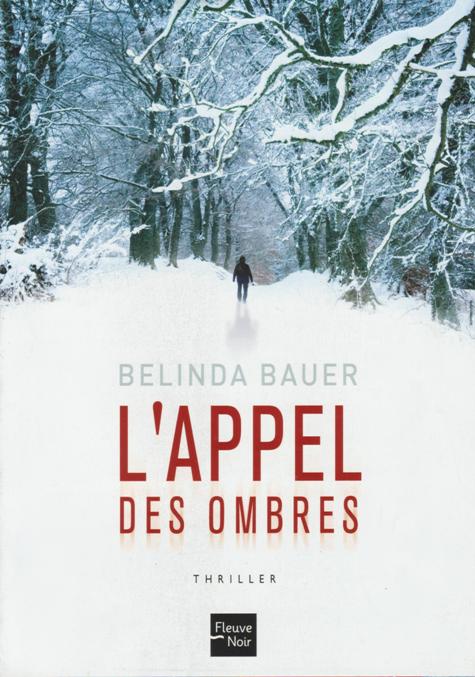 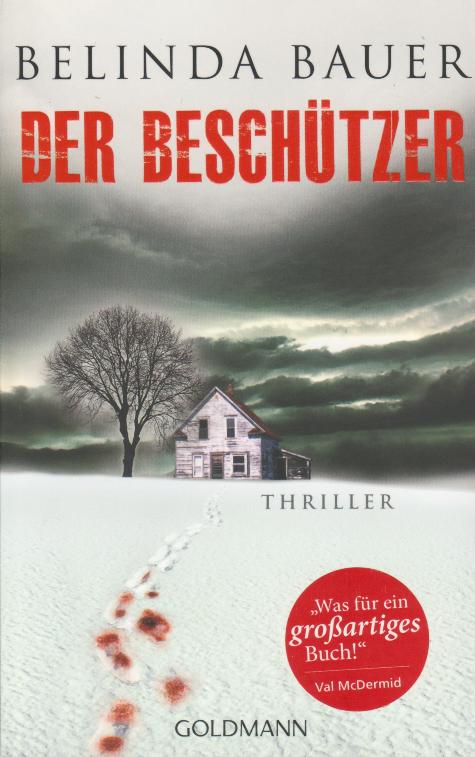 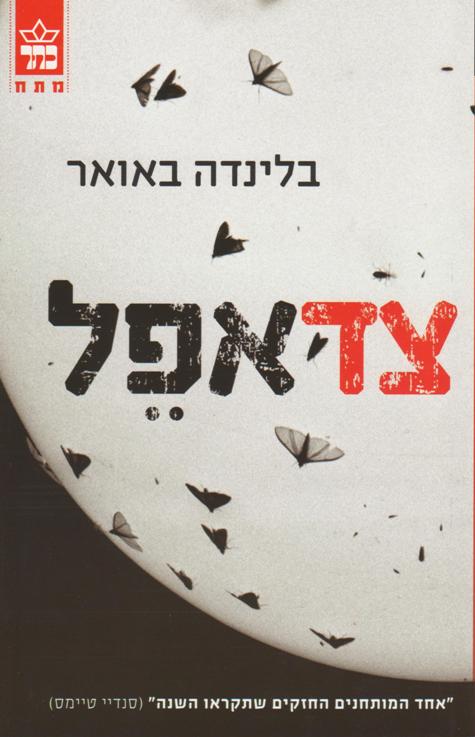 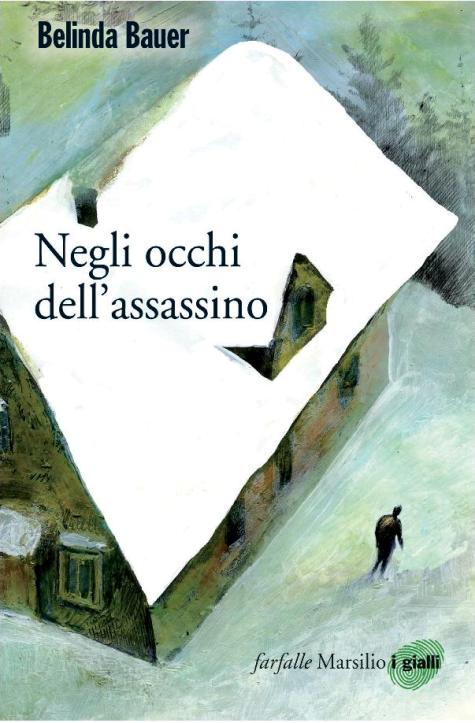 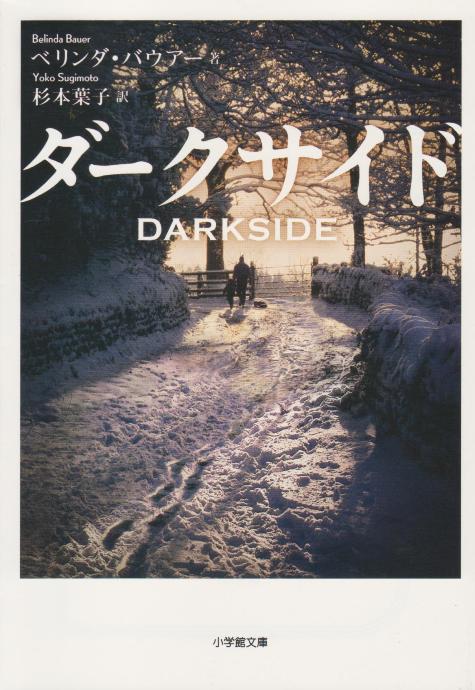 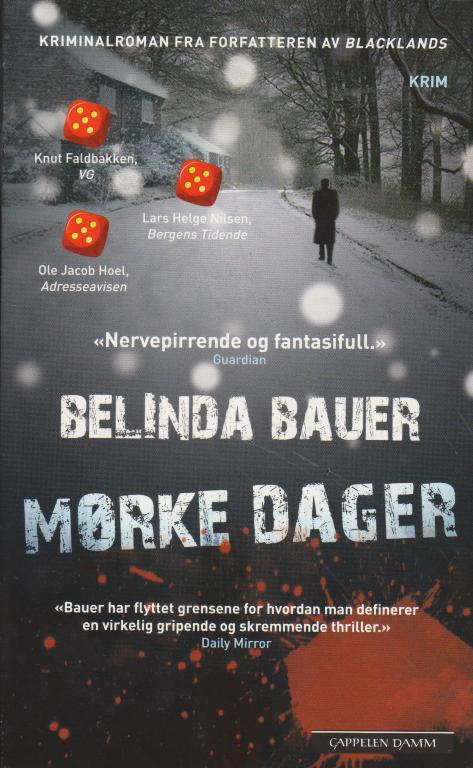 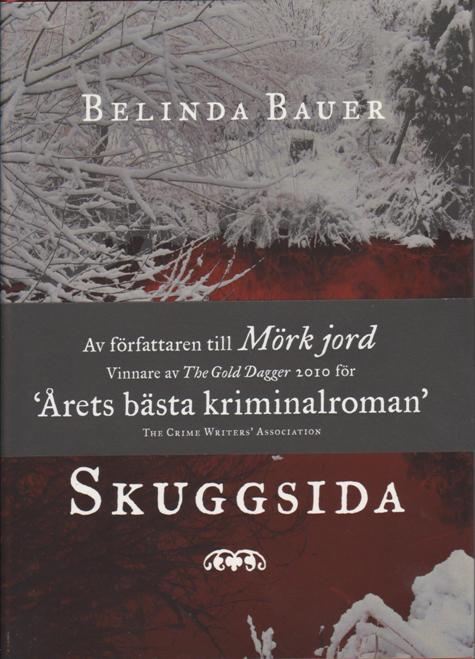 ‘The follow-up to Blacklands… set in the same remote Exmoor village and just as sinister and disturbing. A murderer is targeting elderly and dependent victims. Local bobby Jonas Holly investigates while also looking after his wife Lucy, who has MS. It’s a compelling and scary mystery, with a nice twist at the end that makes you reconsider the whole book.’

“Her second novel promises to be just as terrifying. When a victim looks into a killer’s eye, is fate sealed at the moment?” Sun, 24th December 2010

“Second novel syndrome may be a recognised condition but it is not something that affects Belinda Bauer who follows last year’s storming debut, Blacklands, with Darkside. This is set again in the village of Shipcott where elderly victims are being picked off one by one. I would press this one on anyone who loves Kate Atkinson, Bauer really is that good.” Alice O’Keeffe, The Bookseller

“Probably the most shocking ending you’ll read this year. Belinda Bauer is the most disturbing new talent around.” Val McDermid

“It’s an extraordinary piece of writing in which a Somerset village becomes the setting for a blood bath, with a stunning denouement.” Joan Smith, The Sunday Times, 2nd January 2011

“What I like about Bauer is that she has creepily original thoughts and is not afraid to take risks with her characters as well as her plots. Her courage worked wonderfully well in Blacklands; it is still present in Darkside” Marcel Berlins, The Times, 8th January 2001

“An unusually gripping tale, with places and people vivdly evoked and an unguessabloe – if only just credible – conclusion.” Literary Review

“I was engrossed from start to finish and there were plenty of twists and turns alond the way, including a few shocking ones near the end.” Nikki-ann, Notesoflife.co.uk

“Tension mounts with extraordinary yet credible narrative twists. As in her previous book, Bauer takes astonishing risks but – like a brilliant ski-jumper – arcs down to the perfect landing.” Jane Jakeman, Independent

“Bauer returns to the gloomy moors of England for another riveting psychological thriller (after her CWA Gold Dagger Award–winning Blacklands)…Claustrophobic and suffused with pitch-black atmosphere, Bauer’s novel keeps readers guessing until the deliciously unsettling conclusion. No sophomore slump here—fans of Ruth Rendell and Minette Walters would do well to make room on their shelves for Bauer.” US Library­ Journal, March 2011

“Like Minette Walters, Bauer excels at depicting the psychology behind the crimes, and she’s not afraid to take some bold risks with her plotline. Melding the classic horror setting of a small, rural town with an atmosphere of creeping dread, this is sure to appeal to both crime-fiction and horror fans.” Joanne Wilkinson, Booklist, March 2011

“Bauer (Blacklands, which was shortlisted for the CWA Debut Dagger) joins such contemporary masters of psychological suspense as Ruth Rendell and Minette Walters with her twisted and tricky second novel, set in the Somerset village of Shipcott….The shattering conclusion pulls no punches and will leave many readers stunned, even as they realize how everything fits together.” Starred Publishers Weekly, March 2011

“Given the shallow pool of prospective victims and suspects, it takes real skill to write a plausible whodunit about an undetected serial killer running amok in an English village. . . . Set against a landscape that would tax anyone’s sanity, Bauer’s grim tale deploys a morbid wit that’s positively wicked.” The New York Times Book Review, May 2011

“This novel’s dark eloquence, its distinctive characters, and its psychological terror reminded me of a Patricia Highsmith story or a Hitchcock film. Horror movies play constantly on Lucy’s television as if watching them helps her face what’s assaulting her body, and Bauer ingeniously uses the tropes of the horror genre to build suspense. When you figure out what’s happening, don’t bother screaming – it’s too late.” Tap Milwaukee, May 2011

“After her expertly devised, executed and, ultimately, award-winning debut Blacklands, Bauer defies all expectations and does it again with a book that piles on the tension while remaining credible. It says something about the author that this novel can sit happily next to some of the more hard-boiled heavyweights even with plot devices including Exmoor ponies, Dubonnet and old folks’ homes. You’ll never feel comfortable in Somerset again.”  Shortlist Magazine

“In her murky tale, Bauer plunges into the realm of the psyche, a brilliant twist adding the final flourish to a nightmarish story where a young woman forfeits a bright future to the ravages of a particularly cruel disease, a murderer bides his time, and the angry diatribes of an investigator are met with shuttered windows and locked doors. Bauer executes a dark, psychologically elaborate plot.”  CurledUp.com, July 2011

‘Flouts the conventions of the crime genre with aplomb . . . the psychological motivation behind Bauer’s fictional crime is impressively original and convincing. Read it and you’ll see what I mean!’


‘She’s a thriller queen . . . hailed as the woman most likely to lead the fightback against the Scandinavian crime-wave . . . It’s an extraordinary piece of writing – Sunday Times Culture

‘She can do tragic brilliantly and she can do grim, but every now and then humour breaks into the tale – and she does that almost best of all’ – Guardian