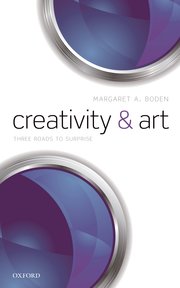 Margaret Boden presents a series of essays in which she explores the nature of creativity in a wide range of art forms. Creativity in general is the generation of novel, surprising, and valuable ideas (conceptual, theoretical, musical, literary, or visual). Boden identifies three forms of creativity: combinational, exploratory, and transformational. These elicit differing forms of surprise, and are defined by the different kinds of psychological process that generate the new ideas. Boden examines creativity not only in traditional fine art, but also in craftworks, and some less orthodox approaches―namely, conceptual art and several types of computer art. Her Introduction draws out the conceptual links between the various case-studies, showing how they express a coherent view of creativity in art.