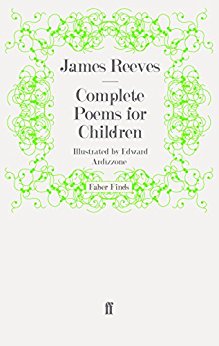 In the Oxford Companion to Children’s Literature it says of James Reeves, ‘His real achievement, however, lies in his poetry, which is generally regarded as the best British ”serious” children’s verse since Walter de la Mare – though the poems are usually far from serious in subject-matter.’

In this complete edition, first published in 1973, the delight is two-fold as the poems are complemented by Edward Ardizzone’s beautiful and witty illustrations.