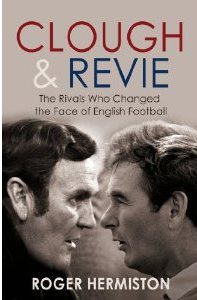 There is a curious symmetry about the lives of Don Revie and Brian Clough. They were born just a brisk walk away from each other in Middlesbrough, in 1927 and 1935 respectively, on either side of the town’s Ayresome Park stadium. They were brought up in a city ravaged by the Depression, where jobs were scarce and life was a perpetual struggle for many. Both of them went on to become highly successful, if not exceptional, professional footballers. Then, as young managers, they both took clubs languishing in the doldrums (Leeds United and Derby County) and moulded them into championship winners.

Despite the myriad similarities in background, career path and achievement, these two sons of the Tees shared little else in common and were as different in character as Richard Nixon and John F. Kennedy. A bitter rivalry developed between them, which in turn enlivened and then blighted English football in the 1960s and ’70s. It eventually led to the remarkable events of 1974, when Revie left Leeds to become England manager, and Clough – to the astonishment of the football world – succeeded him at Elland Road. Three years later, history repeated itself: when Revie resigned as England manager, the first man to be interviewed for his job was Brian Clough.

Part footballing chronicle, part social history, Clough and Revie brings a fresh perspective on their early years in the north-east, tells how they nearly became teammates and explains why the feud began and the repercussions of it.