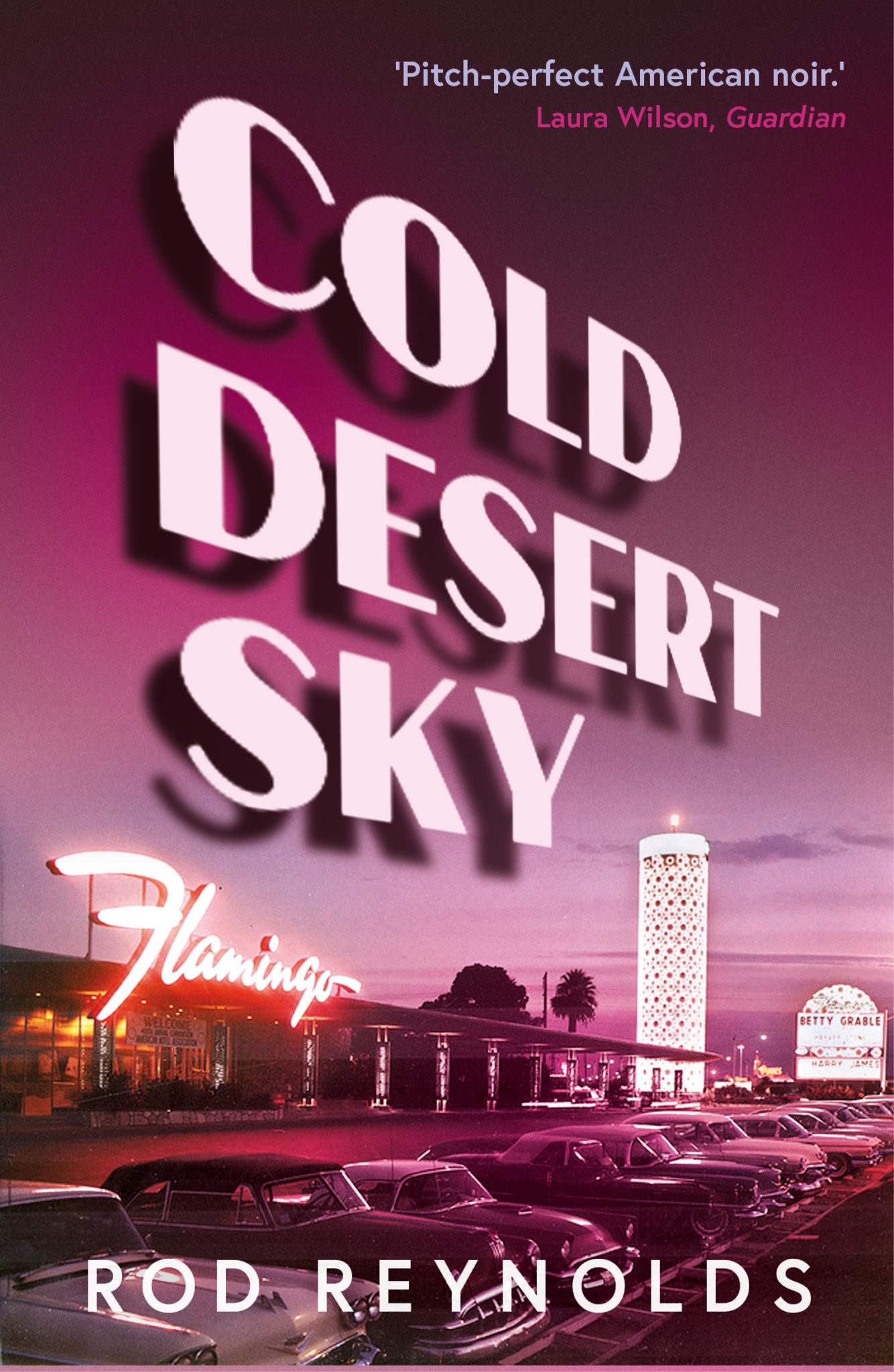 No one wanted to say it to me, that the girls were dead. But I knew….

Late 1946 and Charlie Yates and his wife Lizzie have returned to Los Angeles, trying to stay anonymous in the City of Angels.

But when Yates, back in his old job at the Pacific Journal, becomes obsessed by the disappearance of two aspiring Hollywood starlets, Nancy Hill and Julie Desjardins, he finds it leads him right back to his worst fear: legendary Mob boss Benjamin ‘Bugsy’ Siegel, a man he once crossed, and whose shadow he can’t shake.

As events move from LA to the burgeoning Palace of Sin in the desert, Las Vegas – where Siegel is preparing to open his new casino hotel – Rod Reynolds once again shows his skill at evoking time and place.
With Yates caught between the FBI and the mob, can he possibly see who is playing who, and find out what really happened to the two girls? 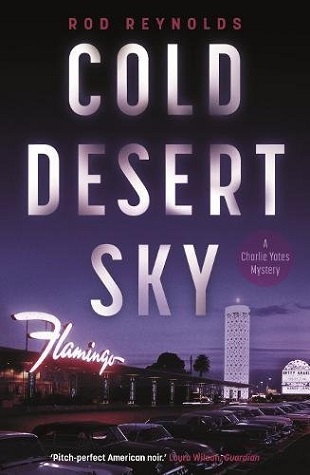 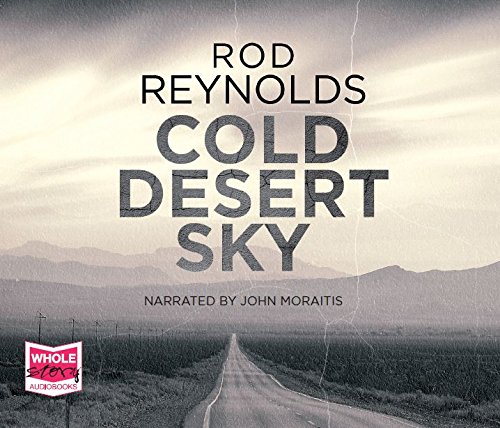 ‘Rod Reynolds is a relative newcomer, but his third novel, Cold Desert Sky, is as assured as its predecessors. Reynolds is a Brit who tackles the outbreak of crime in the US after the second world war, and presents as caustic and unflinching a picture as predecessors such as James Ellroy, a clear influence.’ The Guardian, Books of the month

‘Cold Desert Sky like the previous Charlie Yates novels was a thing of beauty. The sense of time and place is hauntingly beautiful and descriptively pitch perfect. The amalgamation of fact and fiction  is seamless, clever and highly addictive… An extraordinarily compelling, genuinely absorbing and totally immersive piece of storytelling that will stay with you long after you turn the final page.’ Liz Loves Books

‘One top class novel. It has everything you need from a gangster themed thriller… gritty writing, kick ass dialogue and scene setting so authentic you can smell the cheap aftershave and the stench of the cigarettes as you move from one dodgy bar to the next… It’s cinematic in scope… and purely golden entertainment.’ the Booktrail

‘This American noir series set in the 1940s goes from strength to strength. There is so much to love in these books. The razor-sharp dialogue, the twisty plots, the evocation of a bygone era, and Reynolds sympathetic portrait of his leading man, driven to justice but never quite sure if he will survive being its instrument. A fantastic series.’ Vaseem Khan, author of the Baby Ganesh Detective Agency series

‘Reynolds is a master at creating authentic crime fiction steeped in American noir…. His descriptions are evocative and atmospheric, his dialogue sharp and spot on…. Cold Desert Sky takes us on a rollercoaster journey as Charlie and Lizzie go in search of the truth… a fast-paced read. And with that ending, I hope there will be more Charlie Yates to come.’ Off The Shelf

‘Rod has created another exquisitely authentic masterpiece, his 1940s America coming alive with its richly drawn setting, terse and believable dialogue, and powerful characterization, and it draws on the best elements of American noir, with its dark, hardboiled grittiness, the tangible, almost visceral thread of jeopardy that runs throughout, a protagonist almost hell-bent on self-destruction, and a population of utterly realistic gangsters. Quite apart from being a first-class, evocative thriller, Cold Desert Sky is also an emotive read. Its expert craftsmanship is underpinned by a raw and emotional core. This is page-turning, highly engaging entertainment, but also a study of corruption, guilt, relationships and a paper-thin industry peddling dreams. If you haven’t read Rod Reynolds yet, you are missing some of the best crime fiction you may ever read. Simply outstanding.’ Orenda Books

‘An evocative vision of a nascent Las Vegas, the perfect backdrop to the menace of the narrative.’ Guardian

‘Breathtaking.’ Alan Glynn, author of Limitless and Under the Night

‘An evocative tale full of mid-twentieth-century American hard-boiled traditions – terse dialogue, violent gangsters, a near self-destructive hero  . . . The involvement and influence of Lizzie are fascinating counterpoints to a masculine era. Reynolds scratches at the US underbelly, skewers glitz and fantasy.’ New Zealand Listener

‘A solid chunk of Americana in the finest hard-boiled traditions . . . This is noir nirvana; there’s a cynical tone, terse prose, cool banter and a lone wolf investigator, washed up, on the edge and looking for redemption. All the glitz and the glamour, the clean shiny surfaces of the post-war era are just a veneer for masking the grime, this is the underbelly of the American dream . . . Reynolds is pitch perfect on place and time.’ Nudge Books

‘One top class novel. It has everything you need from a gangster themed thriller . . . Gritty writing, kick ass dialogue and scene setting so authentic you can smell the cheap aftershave and the stench of the cigarettes as you move from one dodgy bar to the next . . .  It’s cinematic in scope . . . and purely golden entertainment.’ Book Trail

‘Beautiful . . . There is such fluidity to Rod Reynolds’ style.’ Joy Kluver

‘Since his debut novel The Dark Inside, Rod Reynolds has emerged as one of the UK’s most talented new crime authors . . . If you’re a fan of James Ellroy this one would be worth checking out.’ Crime Fiction Lover

‘Charlie Yates is back and it feels like it has been too long since we last spent any time together . . . Brilliantly compelling.’ Grab This Book