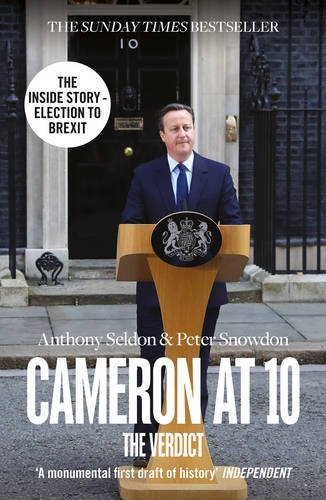 The most intimate account of a serving prime minister ever published, this is the gripping inside story of David Cameron’s government as told by senior figures, including the Prime Minister, George Osborne and Boris Johnson.

Spanning the early days of the coalition to a bitterly contested general election, and ending with the astonishing EU Referendum story, ‘Cameron at 10’ tells the full story of a momentous premiership. From riots in London to the withdrawal from Afghanistan to the gambles of two seismic referenda – the youngest prime minister since 1812 faced an exceptionally turbulent period in British politics. With insights into his relationships with EU leaders, the Brexit camp and Barack Obama, this is the essential blueprint for understanding the rise and fall of the Cameron government.