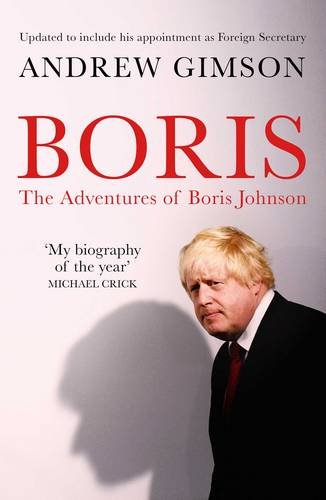 Boris: The Adventures of Boris Johnson

Despite having once been sacked from the shadow front bench, Boris Johnson is widely seen as a future leader of the Conservative Party. His distinctive appearance (‘like a haystack on a bicycle’), befuddled manner and ready wit have assured a high media profile and a large fanbase with the general public. In this, the first biography of Johnson, Andrew Gimson investigates Boris’s dilemma – politics or entertainment – and asks how deep his political ambition runs. Boris has transcended his class, education and his various occupations (Conservative MP for Henley-on-Thames, Conservative spokesman for Higher Education, columnist on the Daily Telegraph, motoring correspondent for GQ, novelist, TV presenter, Mayor of London, and now Foreign Secretary) to become a paradoxical character – the old Etonian who fascinates teenagers as well as grandparents, the classical scholar who is also a TV quiz-show contestant.

Interviewing Boris’s contemporaries, his family and his detractors, and covering Boris’s period as Mayor of London as well as his role in the EU referendum and its aftermath, Andrew Gimson has created a fascinating and amusing portrait of this unique man of our times.