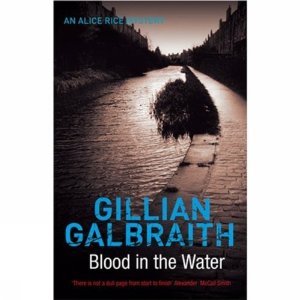 Blood in the Water

‘If it was me, if I was the murderer, Alice thought, where would I go? What would I do? The job he had set himself was unfinished, he must be aware that his luck could not go on forever. It was a simple calculation; at best, a lifetime in prison, at worst he’d be killed by the police whilst attempting to complete his self-appointed task.’

Introducing Alice Rice, Edinburgh detective. Smart and capable, but battling disillusionment and loneliness, she races against time and an implacable killer to solve a series of grisly murders among Edinburgh’s professional elite in the well-to-do New Town.

‘This is a vivid and exciting story, set against the background of Edinburgh’s legal and medical circles. There is not a dull page from start to finish.’ Alexander McCall Smith