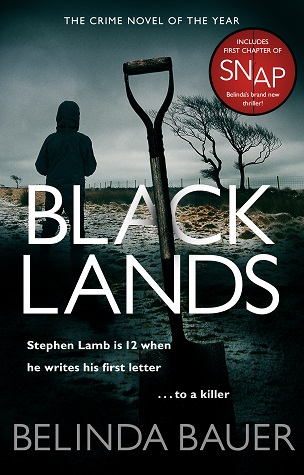 Every day after school and at weekends, while his classmates swap football stickers, Steven digs to lay to rest the ghost of the uncle he never knew, who disappeared aged 11 and is assumed to have fallen victim to the notorious serial killer Arnold Avery.

Only Steven’s Nan is not convinced her son is dead. She still waits for him to come home, standing bitter guard at the front window while her family fragments around her.

Steven is determined to heal the widening cracks between them before it’s too late. And if that means presenting his grandmother with the bones of her murdered son, he’ll do it.

So the boy takes the next logical step, carefully crafting a letter to Arnold Avery in prison. And there begins a dangerous cat-and-mouse game between a desperate child and a bored serial killer. 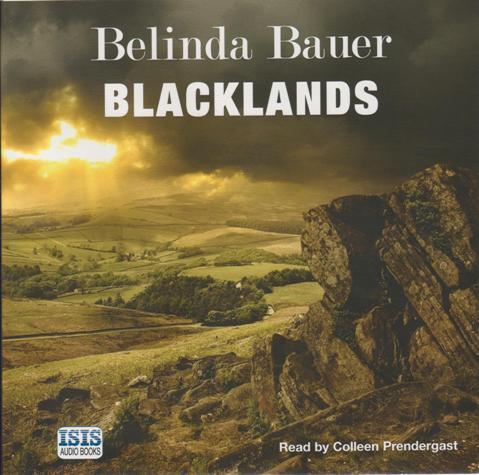 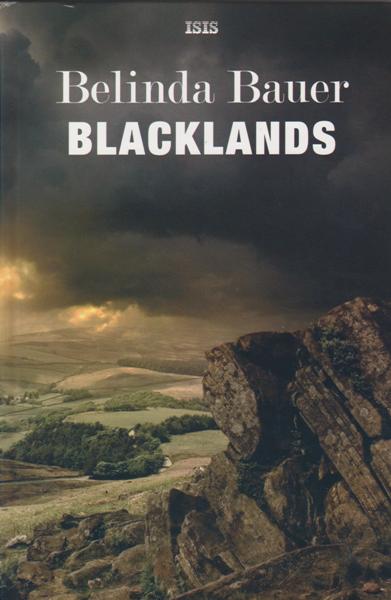 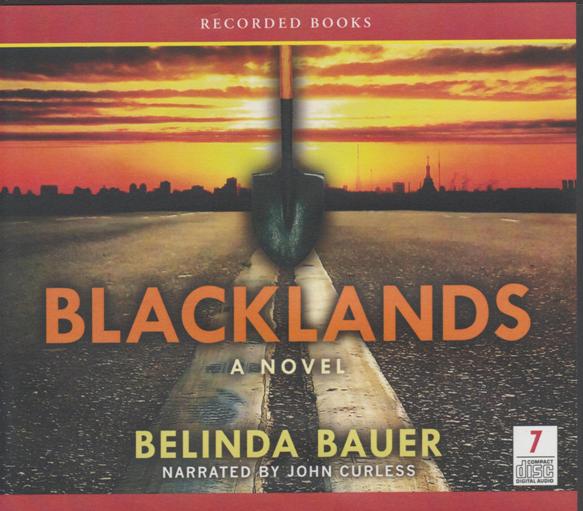 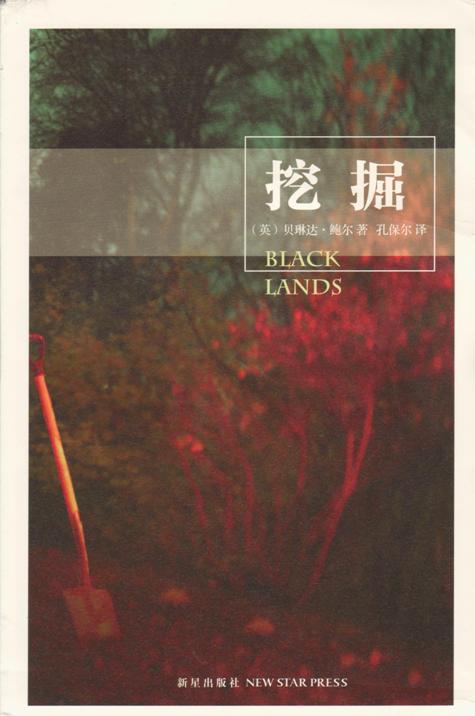 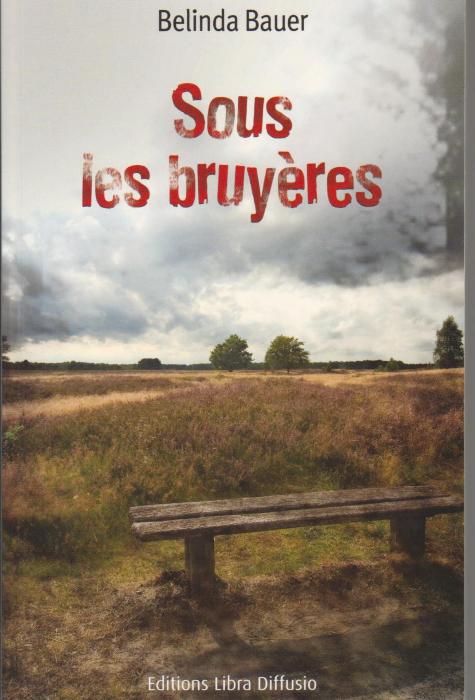 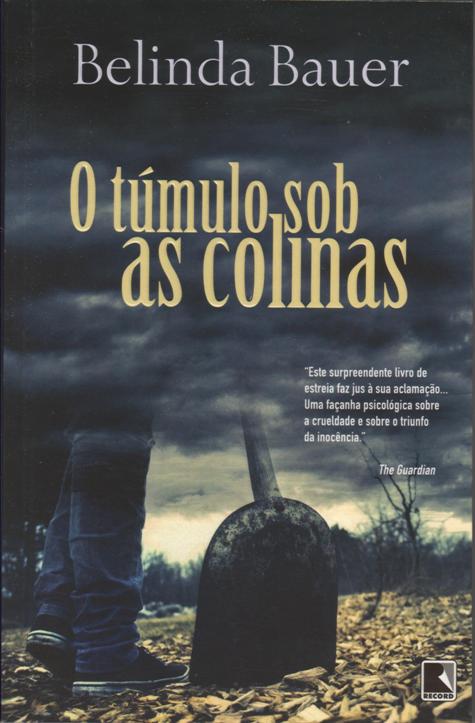 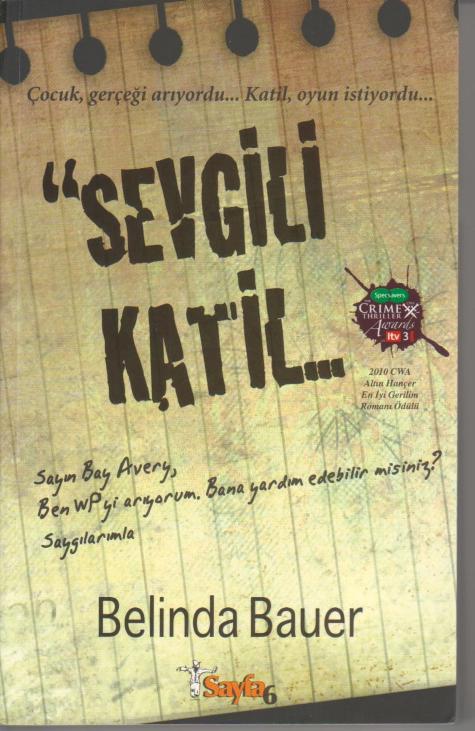 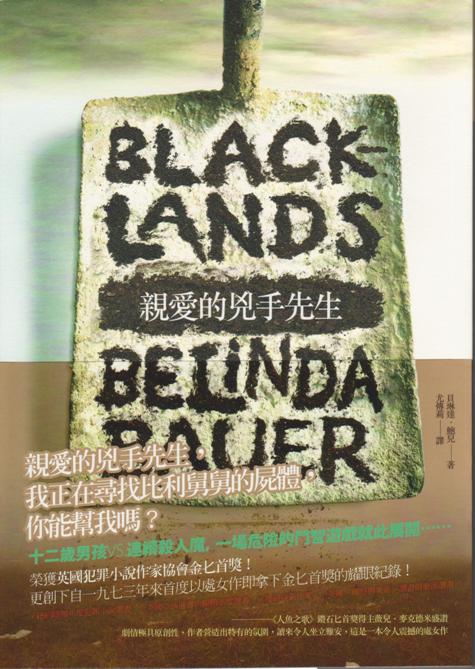 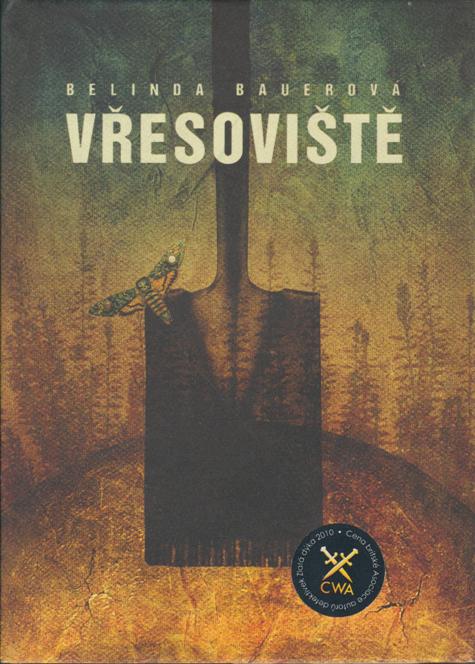 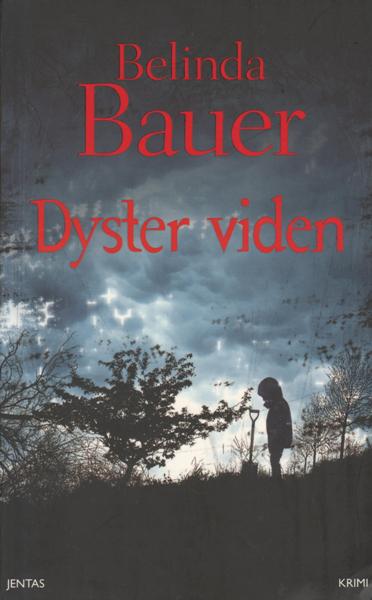 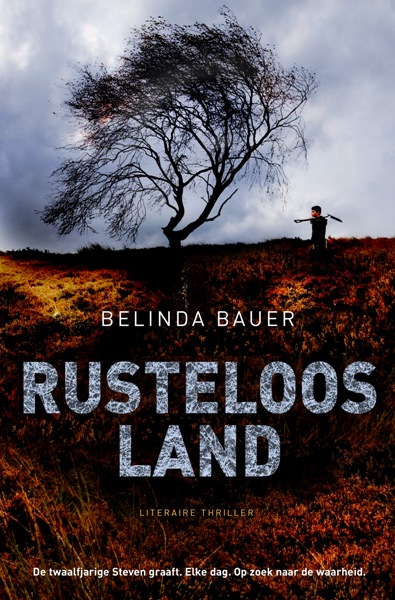 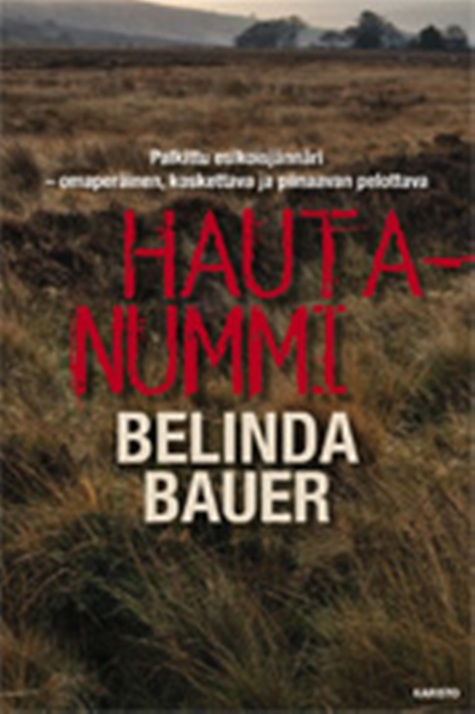 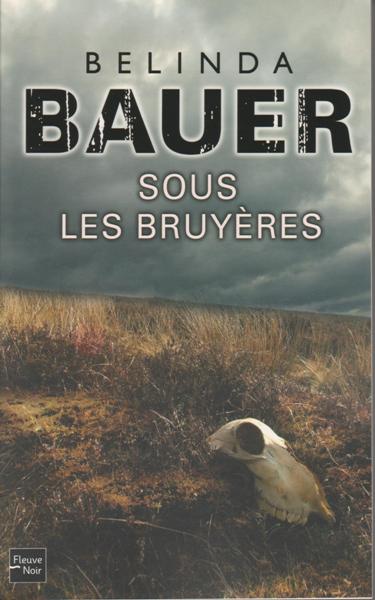 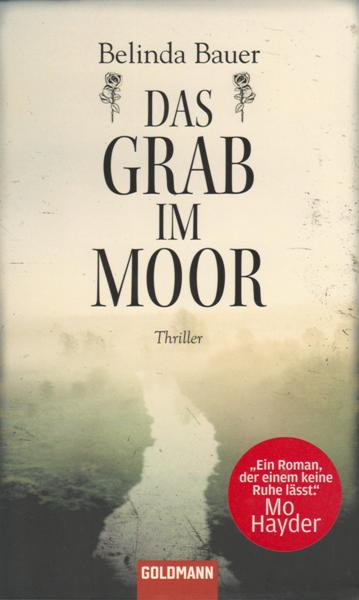 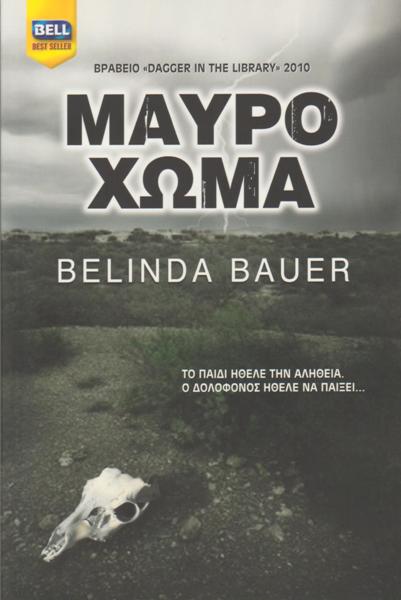 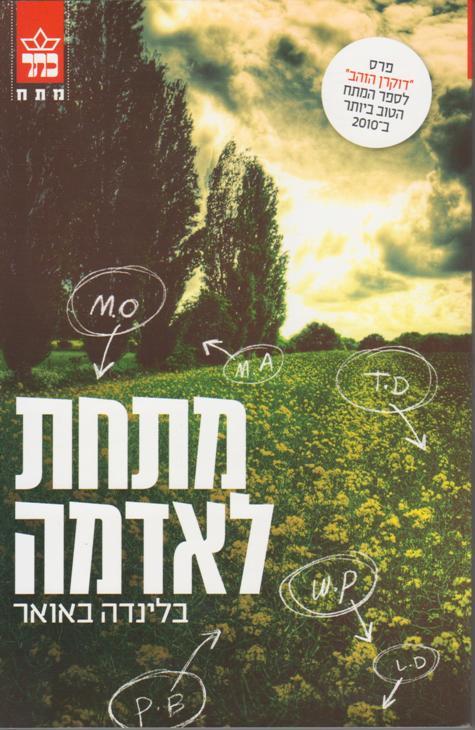 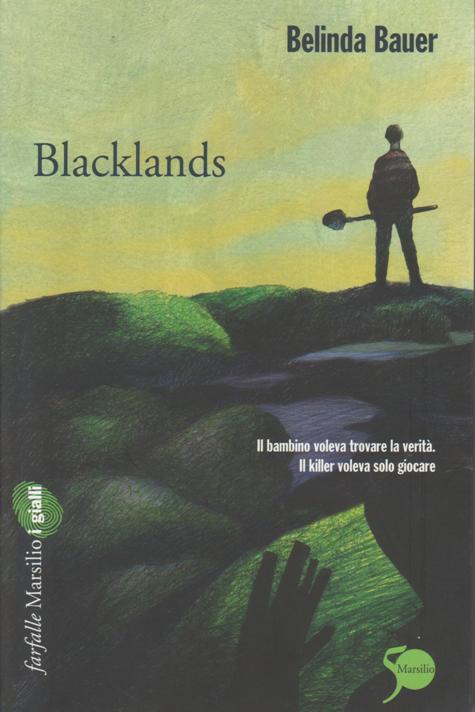 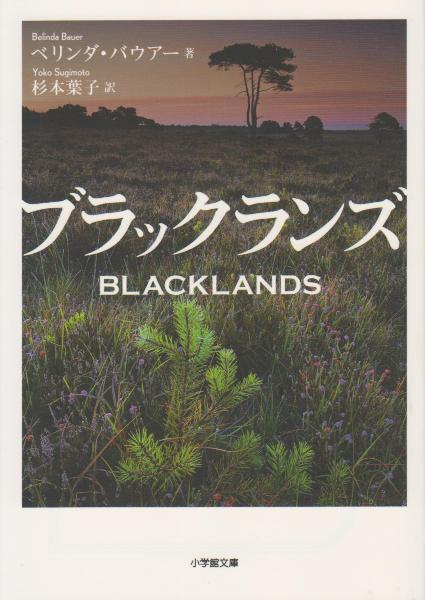 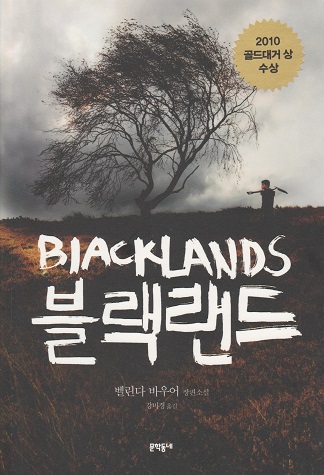 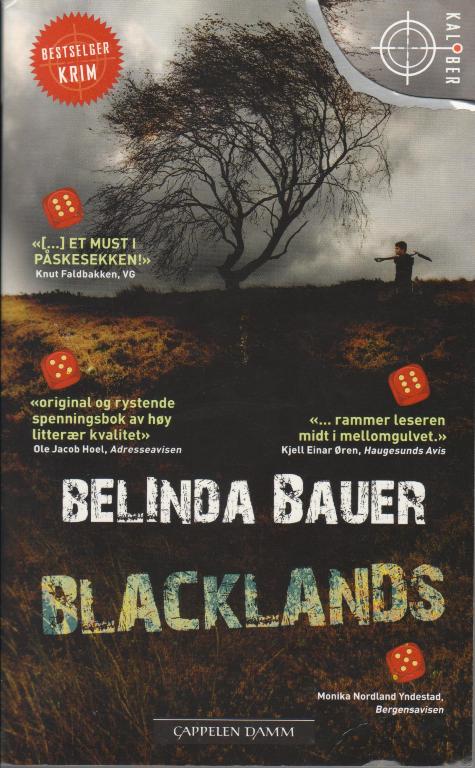 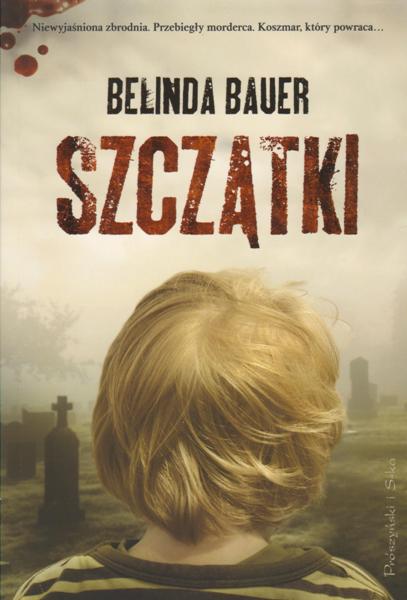 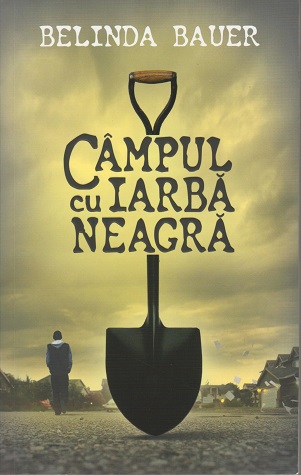 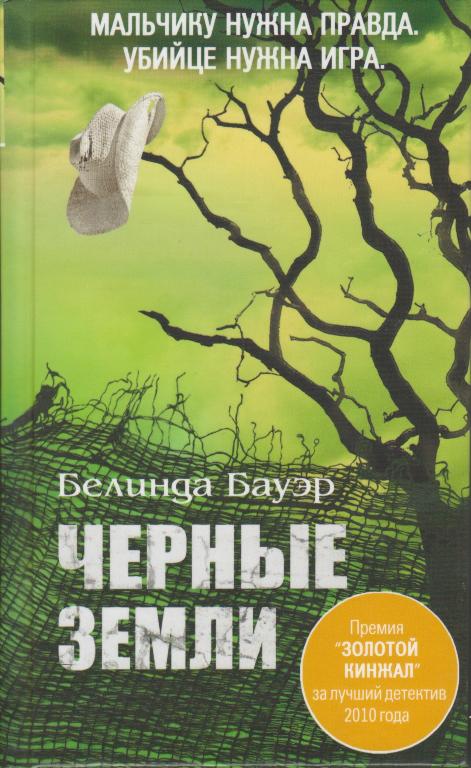 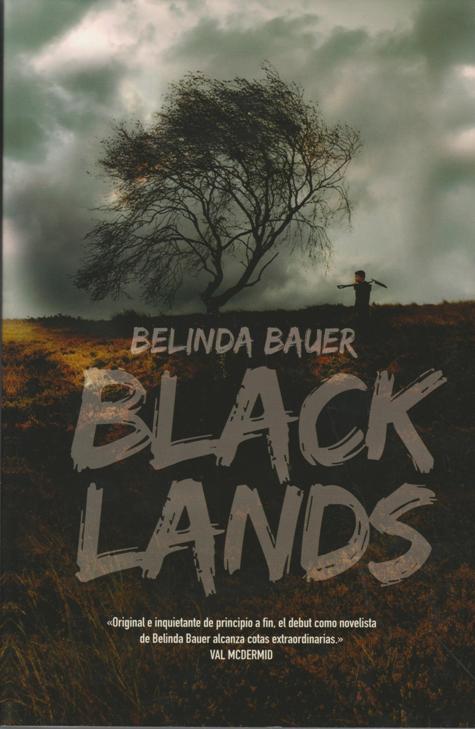 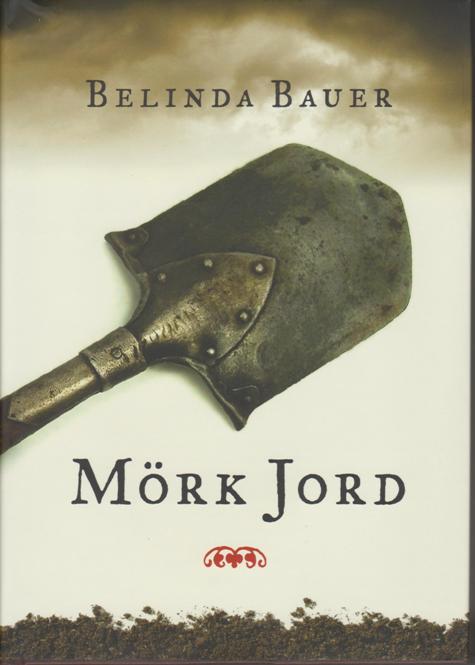 “Bauer displays remarkable talent in pacing, plotting and, most important of all, getting beneath the skin of even her most repellent characters.” Kirkus (starred review)

“Original, unsettling and atmospheric, this is a debut that hits the ground running.”  Val McDermid

“So much crime writing is middle-class angst or underclass violence, but this is something quite new.”  Ann Cleeves

“The Exmoor setting is skilfully done but it is the 12-year-old’s perspective of his fractured family and his heart-breaking attempts to make sense of the world around him that really mark Bauer as a new UK crime writer to shout about.” Alice O’Keeffe, The Bookseller

Exceptional debut…this is both a study of a fractured family and a gripping thriller.” The Bookseller

“Blacklands is a novel of suspense, but more than that it’s the careful character study of a young boy intent on reclaiming a place of harmony for his family…Belinda Bauer has crafted a scintillating story of paths converging, one that kept me gripping the book more tightly while at the same time my heart opened wider to meet the generous spirit of its author.” Lee Martin, author of The Bright Forever

“Bauer is as at ease writing about the preoccupations of a child as she is with those of a killer, making the plot believable.” Ruth Hunter, The Bookseller

“Bauer’s debut is hardly a “small” (read simple and uncomplicated) story. It’s an unsettling novel, with the sort of devastating emotional content that makes it both difficult to read and difficult to forget.”   Stephanie Zvirin, Booklist (starred review)

“Great pacing, strong characters and palpable tension: Blacklands has it all; this is a stunning debut from a promising new author.”  Bookpage

“Blacklands (Bantam) heralds a fresh new voice in crime: Belinda Bauer inhabits the mind of her 12-year-old hero, struggling to tease the whereabouts of his uncle’s body from an imprisoned child-killer, with uncanny conviction.”  The Guardian

“With this extraordinarily powerful and provocative debut, Belinda Bauer has shifted the boundaries of what make a truly gripping, terrifying thriller… The denouement, on a foggy Exmoor, will leave you breathless” Henry Sutton, Daily Mirror

“This astonishingly assured debut, from journalist and screenwriter Belinda Bauer, for once lives up to the hype…Blacklands is a world away from the ‘torture porn’ school of crime fiction, and a hundred times more effective in terms of visceral impact…[Steven] is impeccably, even heartbreakingly, well-imagined…As well as detailing the frustrating powerlessness of childhood, Bauer also paints a vivid portrait of the rupturing effect of a child’s murder upon a family, with its aftermath of fractured, stunted people with only one reference point in their lives… a psychological tour-de-force about the cruelty of hope and, ultimately, the triumph of innocence.” Laura Wilson, Guardian Solus Review

“Bauer also demonstrates an uncanny ability to get under the skin of that other essential character in crime fiction: the murderer… her portrait of the psychopath chills the blood. The reader is fully gripped by the battle of wits between Arnold and Steven… Bauer’s first novel shows an extraordinary power of imagination and, vital in crime fiction, the ability to create fear and empathy in the reader.”The Independent

“Belinda Bauer has produced a great first book and one that is in my top five reads in 2009. I can’t wait for her next book if this first novel is anything to go by. Belinda Bauer is someone to watch out for.” Paul Blackburn, Euro Crime

‘I was hooked from the first page…The interaction between the manipulative murderer and the resourceful child is brilliantly portrayed and the story is told with elegant restraint, hinting at the horrors but not describing them, which makes it far more chilling than more explicit fiction.’ Literary Review

“In this atmospheric debut, Bauer ably paints a convincingly chilling portrait of a child killer, but it is her moving portrayal of a lonely, bullied child with a comfortless home life that singles her out as an accomplished writer.”  Carla McKay, Daily Mail, Feb 2010

“It is hard to know where to start praising this spare, tense, humane novel. The characterisation is excellent … The two narrative viewpoints counterbalance each other beautifully. The pace is spot on.” Judith Cutler, Shotsmag Reviews

“A chilling and gripping original thriller by a great new talent. You’ll want to race through to the scary climax.” Amanda Ross, Grazia

“Ingenious, superbly told story . . . already one of the word-of-mouth crime hits of the year.” Heat (4 stars)

“There is no better introduction to Belinda Bauer’s Blacklands than her own opening paragraph. Bauer’s chillingly evocative description sets the stage for a novel that holds both the bleakness of the moors and the tenacious hope of a small boy … Bauer writes with a spare hand and a vivid sense of place.” Blogcritics.org

‘Imagination is important if you want to write a book, a style of your own as well and also the ability to build up the story in such way that you keep ahead of your readers to an inevitable and preferably unpredictable ending. But the most important is the special mixture of all these ingredients that will make a book into a must read. That mixture characterizes Belinda Bauer’s debut novel Blacklands and it’s no wonder she has been called one of the major British writing talents in 2009. […] an addition to the genre. It’s a literary thriller of stature.’ Crimezone.nl

‘***** Blacklands is more than a crime novel. It’s also about the world of a child, family relationships, settling accounts, poverty, a small community, the more, and about the outlet that fantasy can be in all different kind of situations. All five stars for this impressive debut. A pearl within the genre. Poignant, suspenseful and provided with a lot of psychological insight.’ Misdaadromans.nl

“This novel is excellent. Gripping, intelligent, well-written, I highly recommend it.” Radmila May, Mystery Women

“Belinda Bauer’s Blacklands won this year’s Gold Dagger award, rare for a debut novel. Its intriguing plot centres on Steven, an 11-year-old whose uncle, as a child, had been murdered by a paedophile, now in prison. But his grave was never found, and Steven writes to the killer asking him to divulge its whereabouts. The correspondence leads to something a lot scarier. A gripping read.” Marcel Berlins’ Christmas Books round up ‘part one’, The Times

‘…a tense, well-orchestrated crime novel with a refreshingly unusual premise’

Andrew Taylor writing in ‘Books of the Year’, The Spectator

“This remarkably assured debut novel, set on Exmoor, was the winner of the CWA’s Gold Dagger Award for best crime novel of the year.” Daily Mail, December 2010

‘Belinda Bauer’s prize-winning Blacklands – about the relationship between a murderous paedophile and a boy trying to find the body of his uncle – managed to glean the best word-of-mouth for any new crime novel in years’ Barry Forshaw, The Independent, December 2010

Read an article on BBC

“This remarkably assured debut novel, set on Exmoor, was the winner of the CWA’s Gold Dagger Award for best crime novel of the year.” Daily Mail, December 2010

‘Belinda Bauer, Darkside: Another Exmoor-based psychological tour de force from the CWA Gold Dagger winner for her first novel Blacklands (the first debut to win since 1973). This is even better’ Bookseller, May 2011

Dark Side by Belinda Bauer (Bantam, £12.99) is another book that flouts conventions of the crime genre with aplomb. The psychological motivation behind Bauer’s fictional crimes is impressively original and convincing. Read it and you’ll see what I mean! Sophie Hannah, Express.co.uk