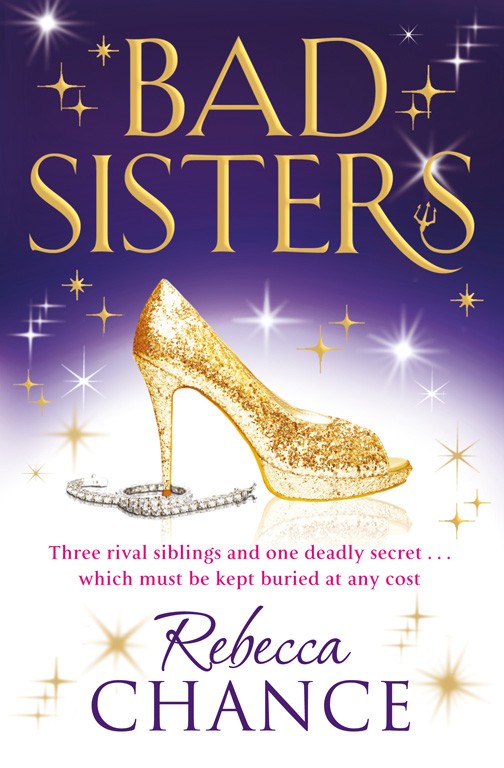 Three ambitious, rivalrous sisters. And a deadly secret, which one of them is determined to keep buried at any cost . . .
Deeley is the fake wife of a Hollywood TV hunk, who is secretly gay. But Deeley’s five-year contract is up, and his cut-throat publicist wants Deeley out. So, dejected and penniless, Deeley wends her way home to London, hoping to re-establish links with her two estranged elder sisters . . .
Devon is married to the nation’s favourite rugby hunk Matt, and has her own highly successful TV career, as the sexy hostess of her own cookery show. But behind her buxom façade, Devon is lonely and frustrated, and when a live celebrity cook-off shows her up as a fraud, she leaves sweet Matt and runs off to Tuscany, to learn a few lessons – not just in cookery – from an Italian master.
Lastly, there’s Maxie: a politician’s wife, Maxie is fiercely ambitious. She’s furious when Deeley, hard on her luck, sells the sisters’ childhood story to a tabloid newspaper, revealing their impoverished roots and unsavoury parentage. The story undermines Maxie’s carefully cultivated image, and the fallout threatens to be devastating. But Maxie is only too aware that there is much more Deeley could yet reveal. What murderous secret lies in the sisters’ past? And just how far will Maxie go to keep it buried?