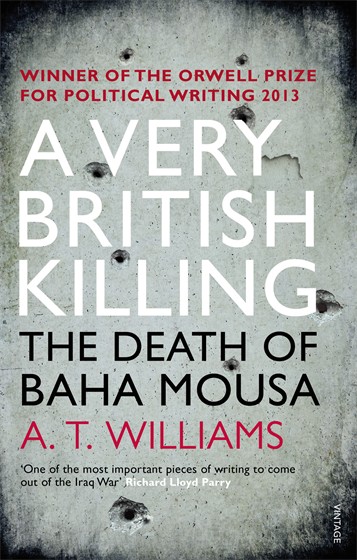 ‘Andrew Williams is an academic lawyer with the tenacity of a detective and the literary flair of the best kind of investigative journalist, and his account of the fate of Baha Mousa, a young Iraqi man who was beaten to death by his guards in a British military prison, is one of the most important pieces of writing to come out of the Iraq War’ – Richard Lloyd Parry, author of People Who Eat Darkness

‘This is a landmark book. Fluently, meticulously, A. T. Williams allows us to understand both the murderous nature of colonial war and the insidious moral corruption behind its institutional façades’ – John Pilger

‘A meticulous, devastating account of war’s modern cruelty and the pursuit of justice’ – Philippe Sands, author of Lawless World

‘As the memory of the Iraq war fades, so do many of its horrors. A. T. Williams’ forensic account of the killing of Baha Mousa at the hands of British soldiers ensures that one of the darkest episodes of the war will not be forgotten. The picture that emerges is of the moral failings of the soldiers involved, both those who abused, and those who turned a blind eye – as well as the military’s inept and at times callous response. Anyone who hopes to avoid repeating the such calamities in future wars should read this book’ – Jack Fairweather, author of A War of Choice