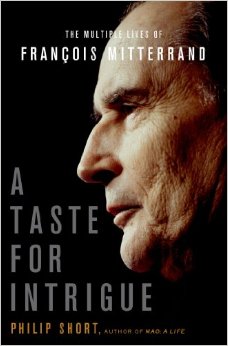 A Taste For Intrigue

The man who changed the course of modern France

In 1981, François Mitterrand became France’s first popularly elected socialist president. By the time he completed his mandate, he had led the country for 14 years, longer than any other French head of state in modern times. Mitterrand mirrored France in all its imperfections and tragedies, its cowardice and glory, its weakness and its strength.

In the wake of the Observatory affair (in which he orchestrated his own assassination attempt), his secretiveness and mistrust grew more pronounced, especially when details of a second family came to light; he was a mixture of “Machiavelli, Don Corleone, Casanova and the Little Prince,” said his doctor.

During the German occupation, Mitterrand hedged his bets by joining Petain’s Vichy government. Later in 1943, under the nom de guerre of Morland (and 30 other aliases), Mitterrand quit Vichy for the Resistance and a paramilitary organization.

He changed the ground rules of French social and political debate in ways more far-reaching and fundamental than any other modern leader before him, helping set the agenda for France and Europe for generations to come. Philip Short’s A Taste for Intrigue will fill the gap and become the standard against which all other Mitterrand biographies are set.