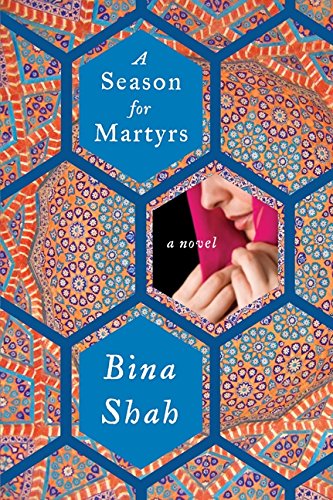 A Season for Martyrs

Ali Sikandar is assigned to cover the arrival of Benazir Bhutto, the opposition leader who has returned home to Karachi after eight years of exile to take part in the presidential race. Already eager to leave for college in the U.S. and marry his forbidden Hindu girlfriend, Ali loses a friend in a horrific explosion and finds himself swept up in events larger than his individual struggle for identity and love when he joins the Peoples Resistance Movement, a group that opposes President Musharraf. Amidst deadly terrorist attacks and protest marches, this contemporary narrative thread weaves in flashbacks that chronicle the deep and beautiful tales of Pakistani history, of the mythical gods who once protected this land. Bina Shah, a journalist herself and now a NYT op-ed writer, illustrates with extraordinary depth and keen observation into daily life the many contradictions of a country struggling to make peace with itself.