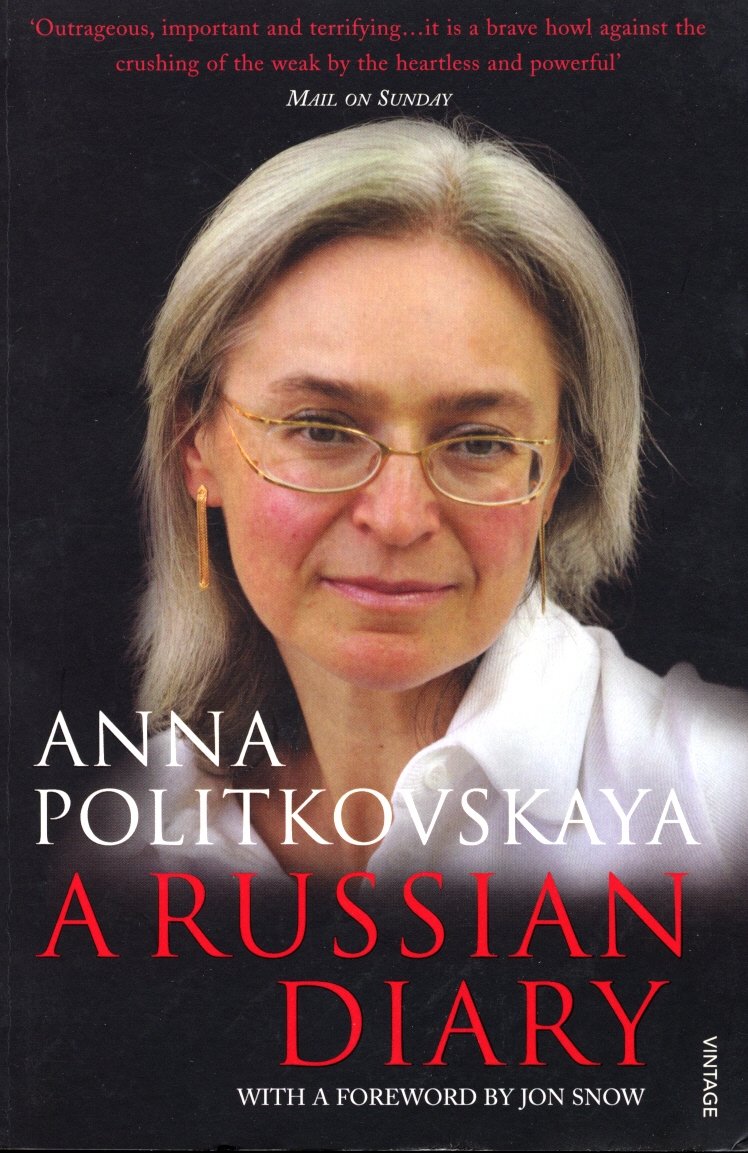 A Russian Diary is the book that Anna Politkovskaya had recently completed when she was murdered in a contract killing in Moscow. Covering the period from the Russian parliamentary elections of December 2003 to the tragic aftermath of the Beslan school siege in late 2005, A Russian Diary is an unflinching record of the plight of millions of Russians and a pitiless report on the cynicism and corruption of Vladimir Putin’s Presidency.

The Vintage (UK) edition has a Foreword by Jon Snow.