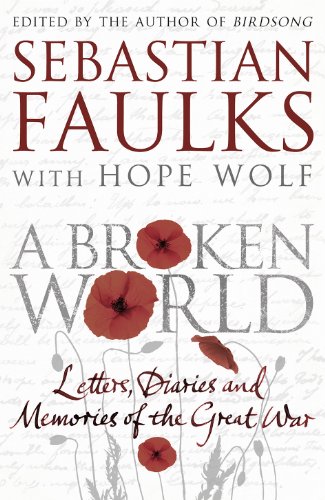 Edited by the best selling author of Birdsong and Dr Hope Wolf, this is an original and illuminating non-fiction anthology of writing on the First World War. A lieutenant writes of digging through bodies that have the consistency of Camembert cheese; a mother sends flower seeds to her son at the Front, hoping that one day someone may see them grow; a nurse tends a man back to health knowing he will be court-martialled and shot as soon as he is fit. In this extraordinarily powerful and diverse selection of diaries, letters and memories – many of which have never been published before – privates and officers, seamen and airmen, munitions workers and mothers, nurses and pacifists, prisoners-of-war and conscientious objectors appear alongside each other. Representing the way in which the war involved people from so many different backgrounds and countries, there are, among others, British, German, Russian and Indian voices; there are names that have become synonymous with the war, such as Siegfried Sassoon and T. E. Lawrence, as well as many ordinary people whose lives were transformed by the events of 1914–18. What unites them is a desire to express something of the horror, the loss, the confusion and the desire to help – or to protest.

A Broken World is an original collection of personal and defining moments that offer an unprecedented insight into the Great War as it was experienced and as it was remembered.