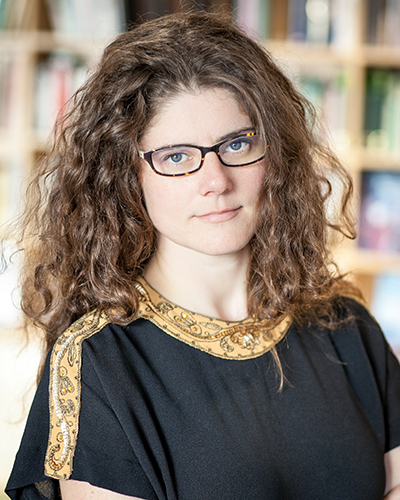 4 March 2022: We have today announced that Lizzy Kremer is stepping up into the role of Managing Director with immediate effect, while current MD, Anthony Goff, will move into the new role of Chair of the Board of Directors.

Goff has been at the helm as MD for over two decades, taking up the position in 2000. During his tenure, the leading literary agency, founded in 1935 and still one of London’s most successful, has doubled in size through the hiring of new agents and merger with four other literary agencies, and has enjoyed a notably stable and profitable era in its history. Goff will continue as a full-time agent and shareholder of the company, his clients including the Estate of Roald Dahl and bestselling authors Bernard Cornwell and Peter May.

Up until now, Lizzy Kremer has been a director of the company and Head of Books, a role which will now be taken on by her fellow book agent Andrew Gordon. Kremer’s career in publishing began as a book publicist, followed by work with the late agent Ed Victor for seven years, before joining DHA in 2004. Kremer is known for her representation of high profile novelists including Paula Hawkins, Kate Morton, Milly Johnson, Sarah Vaughan and Lucy Diamond as well as self-published megaseller Rachel Abbott. During her service on the committee of the Association of Authors’ Agents and then as President from 2018-2020, Kremer was an outspoken advocate on issues including author income, the urgent need for inclusivity in publishing and the value of mentorship, both through her long established blog at publishingforhumans.com and through her leadership in the writing of the industry-wide Commitment to Professional Behaviour, which urges colleagues to speak up about work-based harassment and bullying.

“In Lizzy we have exactly the right person to take the agency forward in the years to come. Lizzy is both kind and clever. She has a better understanding of our business than any agent I’ve ever come across and is a terrific advocate for authors and colleagues alike. With the help of the whole company, I know she will take David Higham to new heights,” said Goff.

David Higham represent an outstanding range of writers of commercial and literary fiction and non-fiction, in all media and languages, and are the leading agency for children’s authors and illustrators including Cressida Cowell and Michael Morpurgo. Recent bestsellers include the Tom Gates series by Liz Pichon, debut literary novels Exciting Times by Naoise Dolan and Acts of Desperation by Megan Nolan; leading non-fiction authors Merlin Sheldrake, Owen Jones and Robert MacFarlane; and number one hits from Val McDermid and Paula Hawkins. DHA have also run some of the hottest auctions of the past year, with deals including those for Jessica George’s debut Maame and Ore Agbaje-Williams.

Kremer said: “Anthony has been a fantastically successful MD and the proof is in the strength today of the company he has led, which is full of the most creative, smart, humane and impressive people I could ever wish for as colleagues and which represents an outstandingly talented group of authors, illustrators and scriptwriters. Anthony’s influence has been his notably collaborative and inclusive management style, cool-headed strategy and a wealth of experience and support for the team. He has been running the best agency in town, and accordingly now I have the best job! I couldn’t be more honoured and excited.”