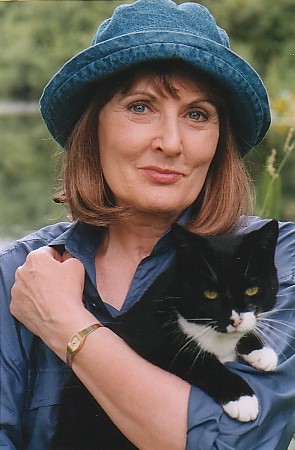 David Higham Associates are sad to report the passing of beloved children’s author Antonia Barber on 4 April 2019. Over the course of an almost four decade-long career, she penned many award-winning novels and picture books for children of all ages.

She gained early recognition for her second book, The Ghosts, a middle grade novel which was first published in 1969. A time-travelling adventure that moves between England in the First World War and Regency Eras, it was shortlisted for the Carnegie Medal, an award she was later shortlisted for again in 1983 with The Ring in the Rough Stuff. The Ghosts was adapted for film in 1972 to great success, and released theatrically as The Amazing Mr Blunden.

Antonia later ventured into picture books, and won great acclaim for The Mousehole Cat, first published in 1990 with illustrations by Nicola Bayley and still in print. It was awarded Illustrated Children’s Book of the Year at the British Book Awards, the Children’s Choice in the Nestle Smarties Book Prize, and received a commendation for the Kate Greenaway Medal. A perennial favourite, the story has been adapted on multiple occasions, including as a play, musical, puppet show, ballet and an animated film.

David Higham Associates are proud to continue to represent Antonia’s work, and to keep her stories available to readers for many more years to come.