Victoria Moore has been writing about drinking since 1998. Since then she has been a regular contributor to the New Statesman, the Guardian and the Daily Mail. Victoria is a wine correspondent for the Telegraph and she also writes a monthly wine column for BBC Olive Magazine. She lives in London.

Victoria’s first book How to Drink was published in hardcover in 2009 and paperback in 2010 by Granta. In 2009 Victoria was named Best Drinks Writer by Class Magazine specifically for How to Drink.

How to Drink at Christmas was published in October 2011 by Granta.

Victoria’s book, The Wine Dine Dictionary, was published by Granta in May 2017. In February 2018, it was awarded a Special Commendation at the Andre Simon Food and Drink Book Awards where Victoria was praised for her ‘well-conceived and intuitive handbook’.

Her latest book, Fried Eggs and Rioja, was published by Granta in November 2021 and is the ultimate wine-pairing guide. 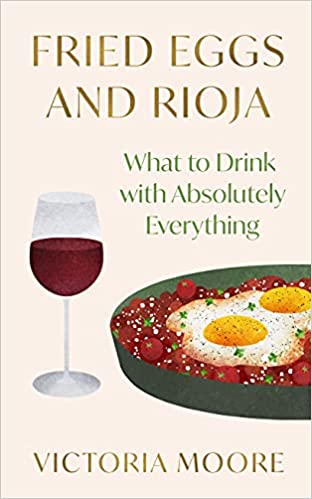 Fried Eggs and Rioja: What to Drink With Everything

From sofa suppers and comfort food to celebration meals and festive feasts, Victoria Moore helps you choose the wine that will taste most delicious with […]