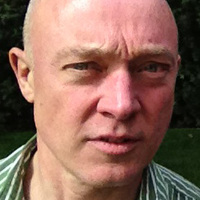 Timon is a brilliant writer, scholar and lecturer on Japan and in particular on the art of the Edo Period.

He completed his PhD at Harvard and is Professor of the History of Art at SOAS, University of London. He has written many books on the culture of Japan’s Early Modern, or Edo Period, and is widely known as a speaker on Japanese art and history. His first book, The Lens Within the Heart: The Western Scientific Gaze and Popular Imagery in Later Edo Japan (2nd ed, Curzon, 2002) is still in print 15 years after publication. His best-known work is Sex and the Floating World: Erotic Images in Japan, 1700-1820 (2nd ed, 2009) which has sold over 15,000 copies in English and Japanese. He is currently completing The Oxford History of Japanese Art . His books have been translated into French, Korean, Polish and Romanian.