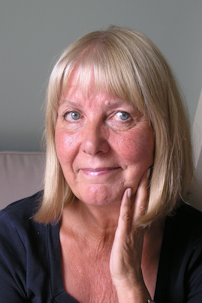 Theresa spent much of her childhood living in North Yorkshire and Cleveland. Having qualified as a teacher, she spent five years working in primary schools, before leaving to look after her own three children.

It was during this period as a full-time mother that she started producing homemade picture books with very simple stories to entertain her children. As the children grew, the stories got longer, until she realised that she was spending all her spare time writing. She particularly enjoys working on historical themes. “I love to create a detailed picture of a chosen group of people living in a particular place and time.”

Theresa’s historical novels include The Herring Girls, The Flither Pickers and The Rope Carrier, which evince her interest in Britain’s industrial heritage. A feminist reworking of the Robin Hood stories became the foundation of The Forestwife trilogy and ancient Greek history inspired The Moon Riders.  Living now in Whitby, Theresa has become fascinated with the Anglo-Saxon period in English history which has led to two adult novels, A Swarming of Bees and The Tribute Bride and a book for younger children, Better Than Gold.

Theresa has twice been shortlisted for the Carnegie Medal. 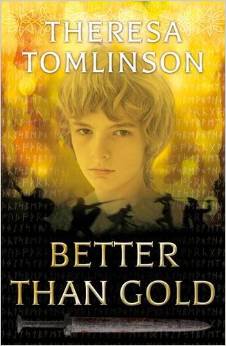 Egfrid is the prince of Bernicia, an Anglo-Saxon kingdom. When he is captured by Penda, King of Mercia during a raid, all seems lost. But […]