Founded in 1930 by a group of leading detective novelists, including Anthony Berkeley, Dorothy L. Sayers, Agatha Christie and Freeman Wills Crofts, the Detection Club is the oldest and most august society of crime writers in the world, with all members taking the following oath: “Do you promise that your detectives shall well and truly detect the crimes presented to them, using those wits which it may please you to bestow upon them, and not placing reliance on, nor making use of, Divine Revelation, Feminine Intuition, Mumbo Jumbo, Jiggery-Pokery, Coincidence, or Act of God?”

Members of the Club have collaborated on a number of books over the course of the Club’s history, including The Floating Admiral,  Ask a Policeman and Six Against the Yard. 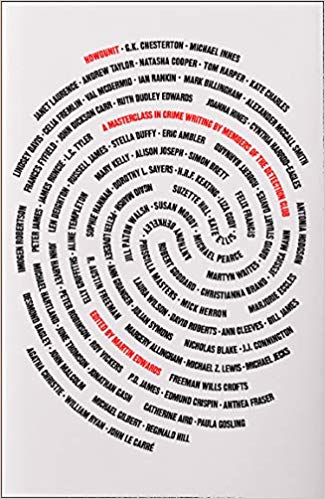 Howdunit!: A Masterclass in the Craft of Crime Writing

More than 80 crime writers from the world’s oldest and most famous crime writing network give tips and insights into successful crime and thriller fiction. […]