Tansy Hoskins is the author of Stitched Up: The Anti-Capitalist Book of Fashion, published in 2014 by Pluto Press. Stitched Up won the 2015 ICA Bookshop Book of the Year and was shortlisted for the Bread & Roses Prize. It has been translated into Turkish, German, and Croatian and when published became the bestselling fashion book on Amazon.

Tansy works as a freelance journalist and is currently working for ITV’s Tonight programme – Britain’s most-watched current affairs show. She has a wide readership for her written journalism and is most widely known for writing critical articles about the fashion and garment industry for the Guardian. Tansy has a BSc in International Relations from LSE and a Masters in Broadcast Journalism from Cardiff University.

She is now focusing on a new project, a book about globalisation to be published in spring 2020 by Weidenfeld & Nicolson. 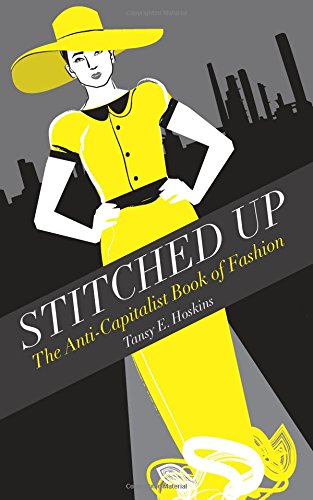 ‘An incredible accomplishment’ – Susie Orbach, author of Fat is a Feminist Issue Moving between Karl Lagerfeld and Karl Marx, Stitched Up delves into the […]