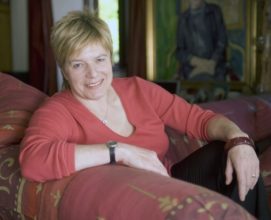 Suzie Hayman trained as a teacher, is a Relate-trained counsellor, broadcaster and author of twenty four books. She was the counsellor seen guiding five families through their family dilemmas on the major BBC1 series, Stepfamilies, shown earlier this year. She has been a counsellor for over 15 years, was an agony aunt with Woman’s Own magazine for 7 years and recently had a column – Phone Suzie – in the Family supplement of the Saturday Guardian. She has worked for the Family Planning Association and Brook Advisory Centres and for the Parenting charity Parentline Plus.

She is a trustee of The Who Cares Trust, for “looked after” children and a spokesperson and trustee for Parentline Plus, the major UK parenting charity. As well as he starring role in Stepfamilies, Suzie makes frequent appearances on national television and radio, as a counsellor and agony aunt, on programmes such as BBC Breakfast, Heaven & Earth, Women’s Hour, You and Yours and is a regular on BBC 5Live, BBC Scotland and BBC Wales. She is a freelance journalist and has written features, mainly on sex, relationship, parenting, health and counselling matters, for a wide range of national magazines and newspapers – most recently the Times, Independent and Guardian. She has conceived and written leaflets and website material for Parentline Plus, the NSPCC, National Council for One Parent Families, the Family Planning Association, The Parenting Education and Support Forum, The Health Education Authority, and Brook Advisory Centres including a Young Mum’s Guide for OPF and the controversial magazine “Hands Off” for the NSPCC. She also contributes voluntarily to ChildLine’s CHIPS magazine, “Who Cares?”, the magazine for kids in care produced by The Who Cares Trust and is agony aunt on their website ‘Carezone World’. She is regularly asked to speak at conferences and seminars and to give expert comment in national and local media. 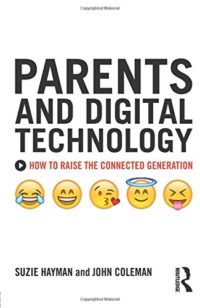 Children today are digital natives, growing up in an age where social media and online communication is the norm. This book is an indispensable guide […]