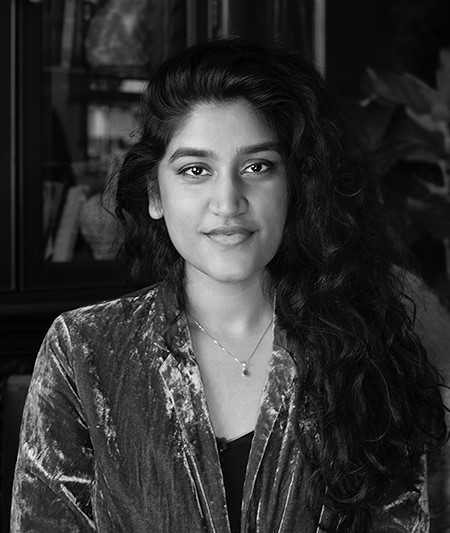 Sunya Mara grew up in seven different cities across the globe, though she could always be found between the pages of a book.

Sunya studied film production and business at the University of Southern California and later went on to Kobe Bryant’s Granity Studios, where she wrote fairytales and scripts, developed stories and worlds, and illustrated and art directed books.

She lives in a tree-filled cottage in Los Angeles with her partner and the ghosts of many houseplants. When not writing, Sunya spends her days painting portraits, making films, and attempting to steep the most perfect cup of tea. Only she can face the storm. In this thrilling and epic YA fantasy debut the only hope for a city trapped in the eye of […]