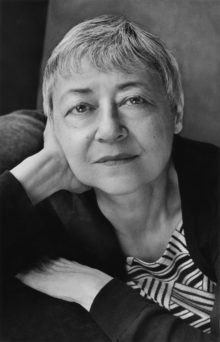 Sigrid Nunez has published eight novels, including A Feather on the Breath of God, The Last of Her Kind, Salvation City, What Are You Going Through and The Friend, which won The National Book Award in the US. She is also the author of Sempre Susan: A Memoir of Susan Sontag. Among the journals to which she has contributed are the New York Times, Wall Street Journal, Paris Review, Threepenny review, Harper’s, McSweeney’s, Tin House, The Believer and newyorker.com. Her work has also appeared in several anthologies, including four Pushcart Prize volumes and four anthologies of Asian-American literature.

Sigrid’s honours and awards including a Whiting Writer’s Award, a Berlin Prize Fellowship and two awards from the American Academy of Arts and Letters: the Rosenthal Foundation Award and the Rome Prize in Literature. She has taught at Colombia, Princeton, Boston University and the New School, and has been a visiting writer or writer in residence at Amherst, Smith, Baruch, Vasser and the University of California, Irvine, among others. Sigrid has also been on the faculty of the Bread Loaf Writers” Conference and of several other writers’ conferences across the country. She lives in New York City. 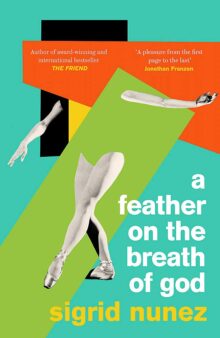 A Feather on the Breath of God

‘A pleasure from the first page to the last’ JONATHAN FRANZEN A young woman looks back to the world of her immigrant parents: a Chinese-Panamanian […]