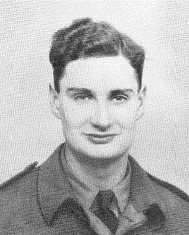 Keyes was born in Dartford in 1922, the son of an army officer. He was brought up largely by his grandfather and was educated at Dartford Grammar School, Tonbridge School and at Oxford University.

He began to write poetry whilst at school, and at Oxford became friendly with the poet John Heath-Stubbs.

He joined the army in 1942 as a lieutenant in the West Kent Regiment. He was killed in action in Tunisia during a raid on 19 April 1943.

Keyes was awarded the Hawthornden Prize posthumously in 1944. His publications include: Eight Oxford Poets (co-editor with Michael Meyer, 1941), which contains some of his own work; The Iron Laurel (1942); The Cruel Solstice (1943); and Collected Poems (1945).