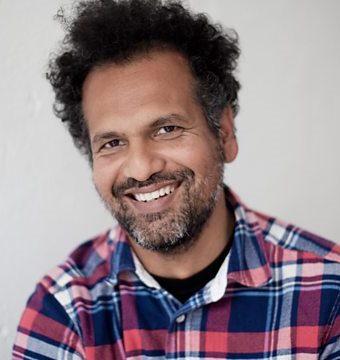 Sarfraz Manzoor is a journalist, documentary-maker and broadcaster. He is a regular contributor to the Guardian, presenter of documentaries on BBC Radio 4, and a cultural commentator for programmes such as Newsnight Review and Saturday Review.

He is the author of a memoir, Greetings from Bury Park, which has been adapted for film by Gurinder Chadha and will be released in 2019 as Blinded by the Light.

Sarfraz lives with his family in London, and is now working on a new book project, about attitudes to Muslim immigrant communities in Britain. They will be published in 2020 by Wildfire / Headline.