Russell Hoban was born in Philadelphia, Pennsylvania. He started writing at an early age, winning prizes for his stories and poems during his school years. He served in the US Army during the Second World War, earning a Bronze Star, and later worked as an illustrator in advertising. He began writing children’s books in 1958, and since then has published more than fifty titles. Many of these books were illustrated by Lillian Hoban, his first wife. In 1968, he published his first full-length novel, The Mouse and His Child, widely regarded as a children’s classic. It was later made into an animated film, featuring the voices of Peter Ustinov and Chloris Leachman. He moved to London in 1969 (originally for a two-year stay) and lived there for the rest of his life.

His first adult novel, The Lion of Boaz-Jachin and Jachin-Boaz, was published in 1973, and many more followed. Riddley Walker, published in 1980, was his biggest publishing success, making the bestseller lists in the US and garnering several awards including the John W. Campbell Memorial Award in 1982, and the Australian Science Fiction Achievement Award in 1983. Russell continued working and writing until his death in December 2011.

In spring 2021 Penguin Modern Classics embarked on a major re-issue programme of Russell’s major novels for adults, including Riddley Walker. 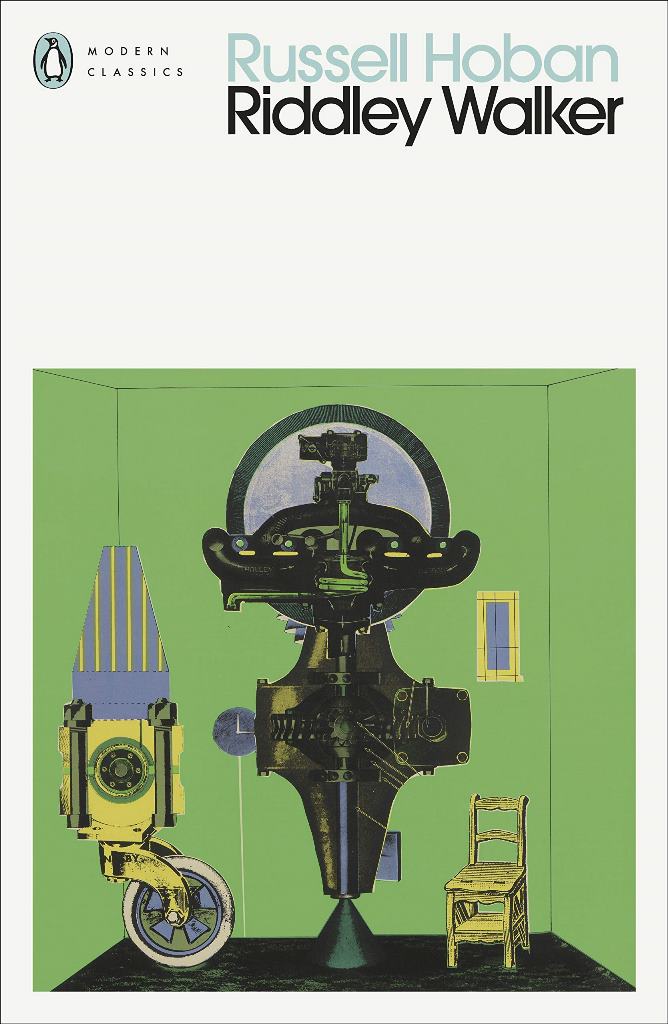 ‘Walker is my name and I am the same. Riddley Walker. Walking my riddels where ever theyve took me and walking them now on this […]