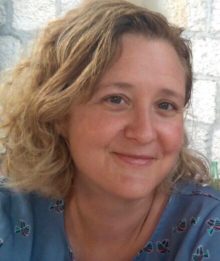 Ros Wynne-Jones is an award-winning journalist, columnist and writer. She currently writes the Daily Mirror’s campaigning ‘Real Britain’ column and runs Britain Talks – a ground-breaking project bringing people together across the Brexit divide. She was also behind the Wigan Pier Project, which is retracing George Orwell’s steps across the UK.

Her first novel, Something Is Going to Fall Like Rain was set in South Sudan, and her second book, with Abdul Musa Adam, returns to the same territory, telling the story behind Abdul’s journey to the UK from Darfur, across two continents and under a lorry.

Ros is currently shortlisted for Columnist of the Year at the National Press Awards, and in 2019 won Feature Writer of the Year. She also has two One World Media Awards for reporting from Sudan and Rwanda. 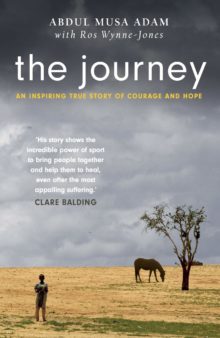 The astonishing true story of one boy’s journey across the globe in search of a safe place to live. Raised by a tribe of nomads […]

More titles
Something is Going to Fall Like Rain
Picture here..