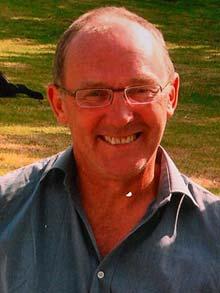 Richard Kidd was born in Newcastle-upon-Tyne. He studied Fine Art at Newcastle University and then painted and exhibited in Rome, London, San Francisco and New York.

Richard wrote and illustrated his first book, Almost Famous Daisy, as a visual adventure story taking children inside famous paintings. It was published by Frances Lincoln in 1996 and was shortlisted for the Mother Goose Award. This was followed by another picture book, Monsieur Thermidor, the story of a lobster chef, inspired and later illustrated by his wife Lindsey’s salt dough models.

Richard then turned his hand to thriller novels for 8-11s published in the Corgi Yearling series. The first, The Giant Goldfish Robbery, was shortlisted for the Branford Boase Award. This led to Richard writing about the further adventures of Jimmy Stoker in Deadly Famous and The Tiger Bone Thief, followed by another gripping mystery, The Last Leg.

Richard Kidd died in a swimming accident in the Phillippines in July 2008.