Rachel Seiffert was born in 1971 in Oxford to German and Australian parents, and was brought up bilingually. She has lived mostly in Oxford and Glasgow, and after a short period living in Berlin, has now moved back to England.

Her first novel, The Dark Room (2001), explored the legacy of Nazi guilt in Germany through the related stories of three twentieth-century Germans. It was shortlisted for the Booker Prize for Fiction the same year, and won a Betty Trask Award in 2002. Her second book was a collection of short stories, Field Study (2004).

Rachel has worked in film and community education and currently writes for a living. In 2003 she was named by Granta magazine as one of twenty ‘Best of Young British Novelists’.

Her latest book is A Boy in Winter, which was shortlisted for the Women’s Prize for Fiction and most recently the International Dublin Literary Award. 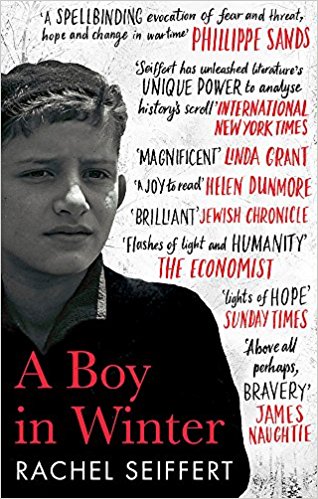 A Boy in Winter

Early on a grey November morning in 1941, only weeks after the German invasion, a small Ukrainian town is overrun by the SS. A Boy […]