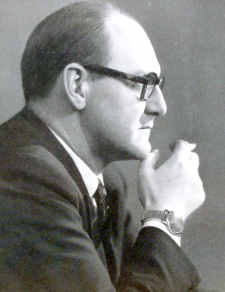 Novelist and dramatist R. F. Delderfield was born in London in 1912. His first job was as a junior reporter on the Exmouth Chronicle, where he worked his way up to the position of editor. He wrote a number of plays and some works of non-fiction, but is best known for his historical sagas, including A Horseman Riding By and To Serve Them All My Days. Many of his works have been adapted for television. He died in 1972.