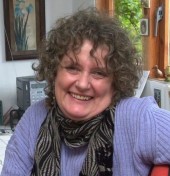 Part of Pip Granger’s early childhood was spent in the back seat of a light aircraft as her father smuggled brandy, tobacco and books across the English Channel to be sold in 1950’s Soho, where she lived above The Two Is Cafe in Old Compton Street.  She travelled in Europe and Asia in the 1980’s, before quitting teaching to pursue her long-cherished ambition to write. In 2000 her first novel Not All Tarts are Apple won the Harry Bowling Prize for fiction.

Pip’s novels: Not All Tarts are Apple, The Widow Ginger, Trouble in Paradise and No Peace for the Wicked are all published by Corgi Books. Her bestelling memoir Alone and her bestselling non-fiction title, Up West are both published by Transworld.