Penelope Shuttle is a well-known poet and novelist.

Her Selected Poems (OUP, 1998) was a Poetry Book Society Recommendation, and the collection she wrote following her husband’s death, Redgrove’s Wife (Bloodaxe Books), was shortlisted for the TS Eliot Prize 2006.

From 1968 to 1980 she published five highly praised novels. With her husband, the poet Peter Redgrove, she is co-author of The Wise Wound: Menstruation and Everywoman, first published in 1978 and still in print.

Sandgrain and Hourglass, was published by Bloodaxe in October 2010, and was chosen as a Recommendation of the Poetry Book Society.

Unsent: New and Selected Poems was published by Bloodaxe in 2012. In the Snowy Air was published as an iOTA Shot pamphlet by Templar Poetry in 2014.

She lives in Cornwall, where she founded the Falmouth Poetry Group with Peter Redgrove over thirty years ago.

‘One of our most compellingly sensuous poets – Shuttle is a poet of immense reach, both in the range of her subject-matter and the breadth of her language. She is both an acute observer and an inventive fiction-maker.’ — Gerard Woodward, TLS

‘Her poems of mourning…are among the best she has written’ — Elaine Feinstein, The Times 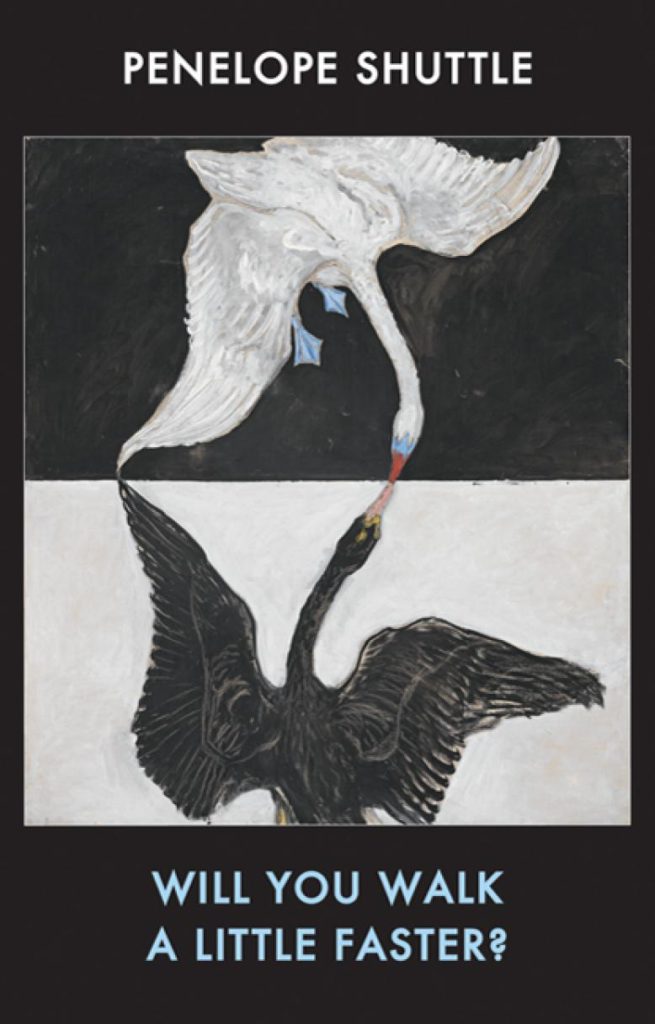 Will you Walk a Little Faster?