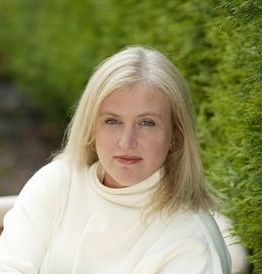 Nina Bell’s first published article was shortlisted for the Catherine Pakenham Award, when she was also shortlisted for Vogue Talent Contest. She started editing business-to-business magazines while freelancing for the women’s press and subsequently became beauty editor of She. From there, she because assistant, associate and then managing editor of She, Harpers & Queen and Good Housekeeping. She has since freelanced for a wide range of newspapers and magazines, such as the Daily Telegraph, The Times Magazine, You Magazine, Good Housekeeping, Ideal Home, the FT Magazine ‘How To Spend It’ and many more. She has also written six plays for BBC Radio 4.

Nina Bell’s books focus on family drama and she has written three novels for Sphere. The Inheritance is about how three sisters deal with the fairness – or unfairness – of their father’s will. Sisters In Law is about the relationships between the women who keep a family together and who is most threatened when a divorce splits everyone up. Her third novel is Lovers & Liars, about how even the most independent woman can get ensnared in a dangerously abusive relationship and what happens when they try to escape. Her books have been translated into several languages and The Inheritance and Sisters in Law are also available in audio.