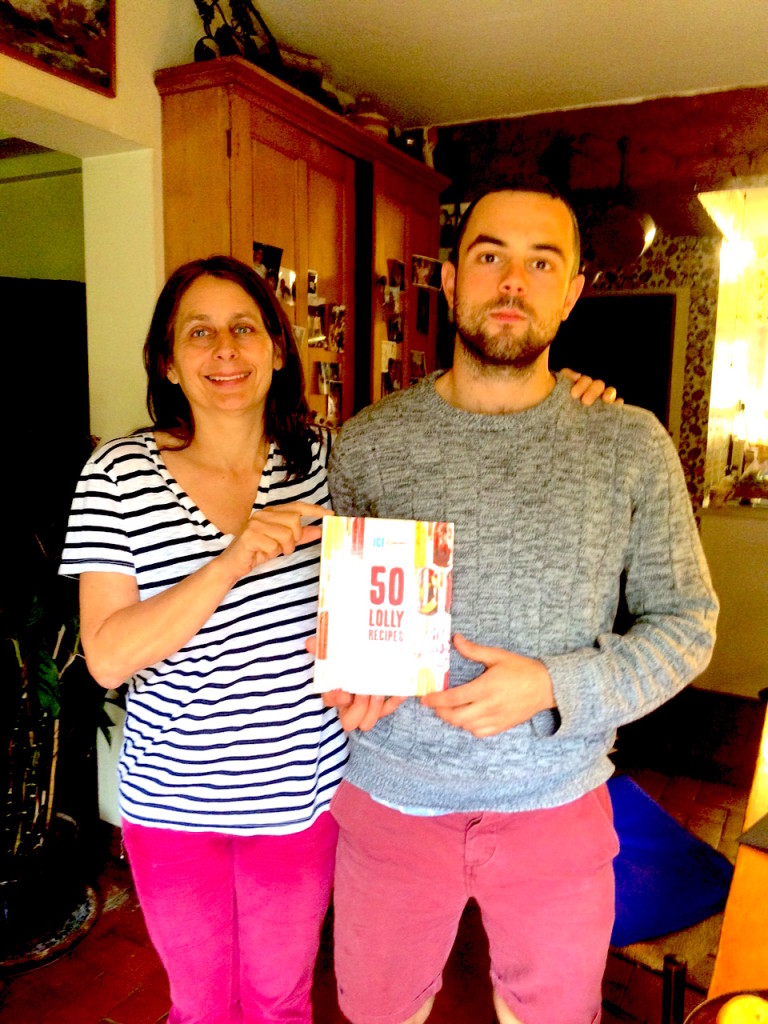 Nadia Roden is an award-winning artist, illustrator and cook. In 2011, her imaginative ice lollies created a sensation in New York – they were featured as the hottest new trend in Food and Wine Magazine and Nadia was named ‘The Ice Princess’ by The Oprah Magazine. She has appeared on the Martha Stewart Show and in Vogue Entertaining amongst others.

Nadia was nominated for a Gourmand Award for her first book: Granita Magic.

Nadia designs textiles, ceramics and art pieces for the Metropolitan Opera in New York and makes short animated films which have been shown at film festivals worldwide and on US public television. A native of London, she currently lives in New York with her daughter Lily.

Cesar Roden has been at the forefront of the streetfood revolution in Britain and was part of the KERB group who set up streetfood events all over London. After starting his own business, the Rococo Pod at the South Bank selling coffee, chocolate and artisan ice cream, he launched the very successful and sought-after Ice Kitchen carts which were an instant hit. He has appeared with Alan Sugar on the BBC ONE show as a budding entrepreneur and creative chef and has been featured on the James Martin Show and in the Evening Standard and The Times amongst others.

Nadia and Cesar’s first book Ice Kitchen, was published by Quadrille in July 2014.