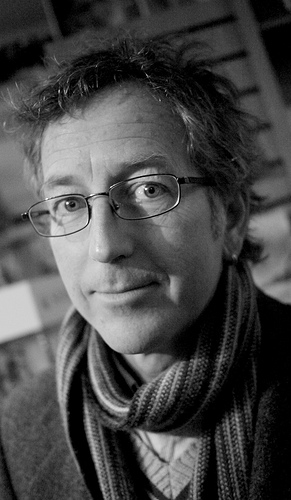 Martin Brown is the cartoonist illustrator of the hugely successful Horrible Histories series.

He trained to be an art teacher in his home town of Melbourne before realising it was way too much like hard work and landed a job as a stage-hand in the television studios of the ABC. Then, following many Australian footsteps abroad, Martin ended up in London where his lifetime dream of becoming a cartoonist was realised.

After working on magazines and greetings cards, he was picked up by various children’s book publishers where his drawing style and sense of humour found a home. While working on the Coping With… series with Peter Corey for Scholastic, he was asked to team up with another writer on a new project due to be called Horrible Histories. Twenty years, sixty titles, and twenty million copies sold later, Terry Deary and Martin’s books have become a phenomenon, expanding into the award winning BBC TV programme, exhibitions, games, and stage shows.

More recently, Martin has illustrated Philip Pullman’s New Cut Gang reissue and John McLay’s Harry & Oats Early Reader titles. Amongst other things, he is now working on his own fun non-fiction book for children, Lesser Spotted Animals, which will be published by David Fickling Books.

Martin lives with his family and a shaggy, grey lurcher called Flint in the gorgeous Dorset countryside. 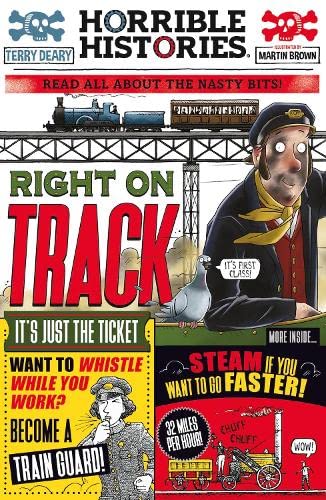 Right on Track: The Horrible Histories of Trains and Railways

All aboard! Discover all the foul facts behind the story of trains and railways across the world with history’s most horrible headlines: locomotive edition.   […]