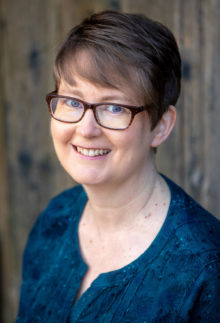 Linda Green is a bestselling author whose novels have sold more than 1.4 million copies and have been translated into 12 languages. Her emotional drama, One Moment, was selected as a BBC Radio 2 Book Club pick.

Linda has lived in West Yorkshire since 2001 but was born in North London in 1970 and brought up in Hertfordshire. She joined her local newspaper, the Enfield Gazette, as a trainee reporter at eighteen and, during a ten-year career in regional journalism, she worked on the Birmingham Daily News, Birmingham Metro News and Coventry Evening Telegraph, winning Highly Commended in the Feature Writer of the Year category of the 1997 Press Gazette Regional Press Awards.

In 1998 she left her staff job to write her first novel and work as a freelance journalist. She has written for The Guardian, The Independent on Sunday, The Times Educational Supplement, The Big Issue, Wanderlust and Community Care Magazine. Linda is also a qualified adult education tutor and has taught creative writing to students from eight to eighty.

Linda’s first psychological thriller, While My Eyes Were Closed, published in 2016, has sold more than 450,000 copies across all editions. Her ninth novel, The Last Thing She Told Me, was a Richard and Judy Book Club pick and was followed by a reissue of The Marriage Mender in 2021. Her upcoming novel, In Little Stars, will be published in September 2022.

Linda lives in West Yorkshire with her husband and son. 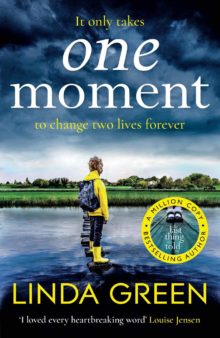 Finn and Kaz are about to meet for the first time. Ten-year-old Finn, a quirky, sensitive boy who talks a lot and only eats at […]