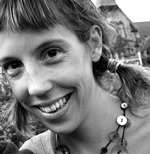 Leigh graduated from the University of Hull in 1998 with a first in graphic design. After a successful career as an animation director – her films include Moo(n) for Channel 4 and Stalk for Film London, and her awards include a BAFTA (for CBBC Newsround On Poverty) – Leigh became the art director for the first series of Charlie & Lola.

This proved a stepping stone in to her first love: picture books. To date, Leigh has written and illustrated 11 books, and illustrated many more through publishers such as Orchard, Bloomsbury, Nosy Crow and Simon and Schuster. She has been short-listed for the Roald Dahl Funny Prize twice, and has been on the Kate Greenaway Prize long-list four times.

Leigh is co-creator and art director of Cbeebies animated pre-school series Olobob Top which she makes with her co-creator husband, director/producer Steve Smith. The show launched its first series (52 x 5 minutes) in 2017 and is now in production for series 2 (26x 5 minutes). Olobob Top has been distributed to many countries worldwide and it has a range of board and activity books being published by Bloomsbury. For her work on Olobob Top, Leigh won the Industry Excellence Award for Character Design at the Manchester Animation Festival 2018, the biggest animation festival in the UK.

Leigh lives and works in East Sussex with her husband, and their two children. 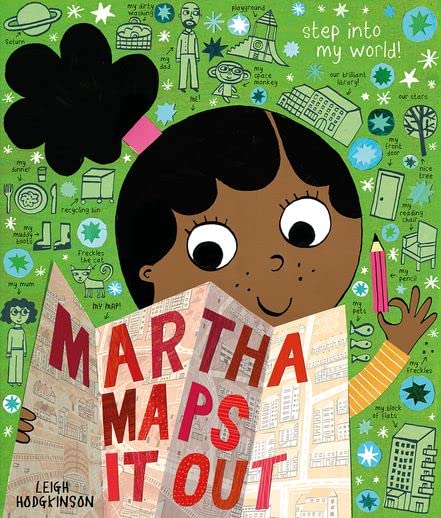 Martha Maps It Out

Martha LOVES drawing maps. She creates maps of everything-even her thoughts and dreams! Let Martha be your guide as she welcomes you to her world. […]