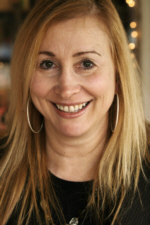 When not indulging herself in re-reading Jane Austen’s six novels, Laurie Viera Rigler is a freelance book editor who works with authors of fiction and nonfiction and teaches writing workshops, including classes at Vroman’s, Southern California’s oldest and largest independent bookstore. Laurie lives in Los Angeles and is a member of the Jane Austen Society of North America.